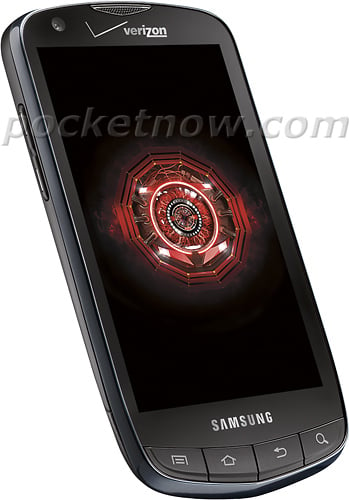 Verizon’s brand spanking new 4G LTE network is getting a ton of praise from technology journalists all across America, but there’s a slight problem. There are only a handful of devices that actually support it and as of right now there’s only one smartphone that can even take advantage of the eye popping download and upload speeds. That’s due to change soon with the introduction of the Samsung Droid Charge. We saw this thing back in January at the Consumer Electronics Show in Las Vegas when it was known as the Droid Stealth. It’s now got a new name and today we also have a rough spec sheet. The Charge is using the same 1 GHz Hummingbird processor that’s inside the Galaxy S, it also has a 4.3 inch Super AMOLED Plus screen, 8 megapixel rear camera, forward facing 1.3 megapixel camera, and most importantly it can connect to an LTE network.

Rumor has it that this bad boy is going to get announced during the first week of April. No word on when it’ll actually ship or how much it’ll cost, but knowing the capabilities of Samsung’s engineers we’re confident that many Americans will have this thing in their pocket by this time next month. We wish the screen was a tad smaller, and the design was a little less rounded, but the hard keys are always a plus compared to the capacitive buttons that many other devices opt to use.

On a similar note, if you’ve got a need for speed then you should wait for T-Mobile to start announcing some HSPA+ 42 Mbps devices. Initial tests done at CTIA earlier this month show that T-Mobile newly upgraded network has download speeds and ping times comparable to the best Verizon has to offer, and that’s saying a lot from a supposed 3G technology.

Pulse News 2.0 is in the AppStore, Android Market

Visual news app for the iPhone and Android, Pulse News, has been recently updated with new features and other tweaks...