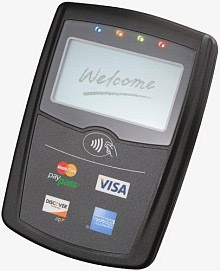 Although it still lacks some basic features, Windows Phone 7 is steadily approaching the capabilities of the incumbent platforms. Obviously Microsoft doesn’t want to miss NFC boat and in that sense we were not surprised to learn they will be integrating contactless payments in their mobile platform in the near future.

Apparently Bloomberg has two anonymous sources who say that Microsoft will include NFC capabilities in the Windows Phone 7 as early as this year.

Of course this is far from confirmed but it makes perfect sense with virtually every major platform pledging support for NFC payments, including iOS, Android and BlackBerry. Moreover, carriers around the world are testing the technology, while Nokia already ships NFC-enabled devices (C7 Astound), though without support for actual services.

There are no doubts in my mind that 2011 will be the year when NFC finally started to take off, steadily making our plastic credit cards obsolete. Can’t wait. 😉

iOS 5.0 to have strong Siri voice technology baked in

We know that the upcoming WWDC conference will be all about Apple's software platforms - with no iPhone 5 likely...