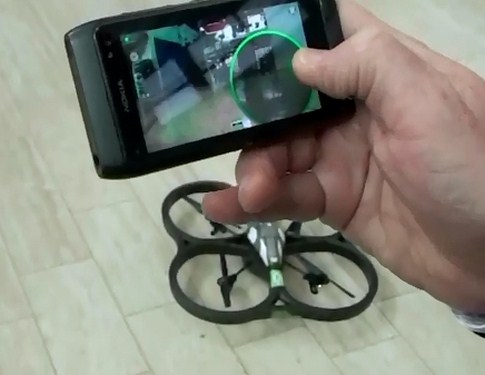 Remember AR.Drone, that sexy-lookin’ quadricopter we’ve first seen at last year’s CES? Thus fur it was an iPhone thing only, but not anymore. Nope, Parrot (which makes the AR.Drone) hasn’t unveiled its own application for other platforms — rather we’re talking about a home-made project that allows Symbian^3 device owners (i.e. those of you with the Nokia N8, C7 or E7) to join the game, too.

The application was created to show the power of Nokia’s Qt platform, which we hope won’t die alongside Symbian OS. Interested developers can download the code and start experimenting themselves. Hopefully some of them will also take one step forward and make the Symbian version of AR.Pursuit, which allows two AR.Drone owners to fight each other.

Anyway, you can see how AR.Drone is controlled on a Nokia smartphone from a video below. Enjoy! 😉

Images of the Nokia T7-00 leak, it’s the N8 with an 8 megapixel camera and Chinese 3G

Last week we found out about the Nokia T7-00, a Symbian^3 device that has yet to be announced, but we...