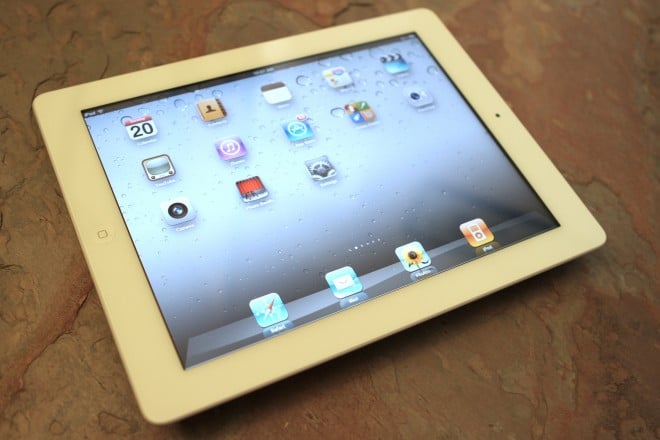 We’re looking at a crowded tablet field with the iPad 2, Samsung Galaxy Tab and the Motorola Xoom but which one is the best? Well, according to a report by Consumer Reports, the Apple tablet bests them all.

“So far, Apple is leading the tablet market in both quality and price, which is unusual for a company whose products are usually premium priced,” said Paul Reynolds, Electronics Editor at Consumer Reports, in a prepared statement. “However, it’s likely we’ll see more competitive pricing in tablets as other models begin to hit the market.”

The Consumer Reports report tested multiple tablets from Archos, Apple, Dell, Motorola, Samsung and ViewSonic on multiple factors like portability, responsiveness and 15 other categories. The Apple iPad 2 stood above the crowd and was crowned the top tablet when all the factors were judged together.

In our review of the iPad 2, we found a similar result:

The original version had set the bar for tablets last year, and this newer version resets that bar on a higher rung. Android will eventually catch up on the hardware and software side of things, but for now, Apple still reigns king in the tablet world. We have no problem believing that most of the tablet market will go to Apple’s iPad 2 this year.

That doesn’t mean that Apple has this market locked down forever, as we’re going to see a slew of credible contenders over the next few months. The BlackBerry PlayBook could be an interesting portable alternative considering it has a 7-inch screen and now that it can run Android apps. We’ll see this tablet hit the market in the next few weeks for similar prices as the Apple tablet.

Samsung is also bringing a slew of Android Honeycomb tablets that will have the TouchWiz UX on top of Google’s mobile platform and these will come in various screen sizes.

iOS 4.3.1 causing iPhone overheating for some users? Here’s how to fix it

An Apple discussion board is on fire with issues regarding iOS 4.3.1 and the fact that it may be causing...