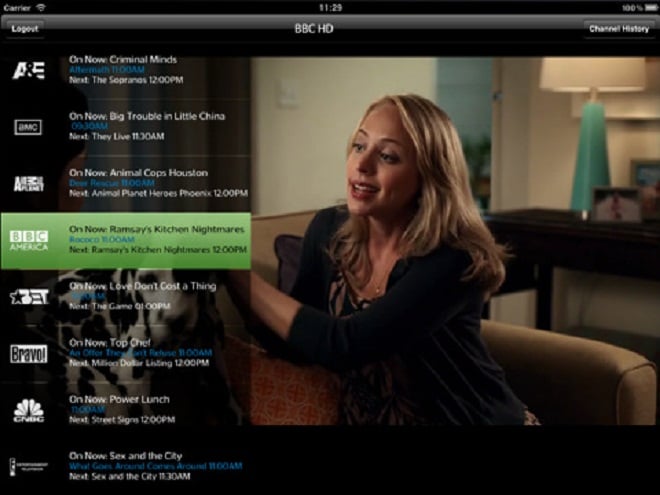 Wow. Time Warner Cable is taking Viacom to court over the right to stream live television to the iPad with its app. Yep, a cable company is fighting for you to view content on more than just a TV.

Of course, it’s not quite as noble as it sounds, as the Time Warner iPad app only lets you stream a few live TV channels while you’re on your approved Time Warner modem. Basically, the company only wants you to watch TV on your tablet at home.

The cable company has filed a request for declaratory judgement for the right to deliver programming to its customers in their homes, no matter what device they’re using. Viacom is against that notion because it believes that it should be compensated more depending on which device they’re using to view it.

“We have steadfastly maintained that we have the rights to allow our customers to view this programming in their homes, over our cable systems, without artificial limits on the screens they can use to do so, and we are asking the court to confirm our view,” Marc Lawrence-Apfelbaum, Executive Vice President and General Counsel of Time Warner Cable said in a prepared statement. “With over 360,000 downloads of our TWCableTV app, it is clear that our customers welcome the convenience and flexibility our new app provides.”

The Time Warner iPad app may just be the first step in a major shakeup of TV anywhere. Cable companies have long been blamed for stagnation of innovation in video but once this multi-screen viewing gets in its business interest, we’ll start to see some cool stuff. Xfinity and Dish already offer ways to view live TV on your tablet.

Sure, you still have to subscribe to cable services to get that but even the biggest cable haters have to admit this is a step in the right direction.

We got a chance to check out the new Jetsetter iPad app today and it's a visually-impressive way to check...