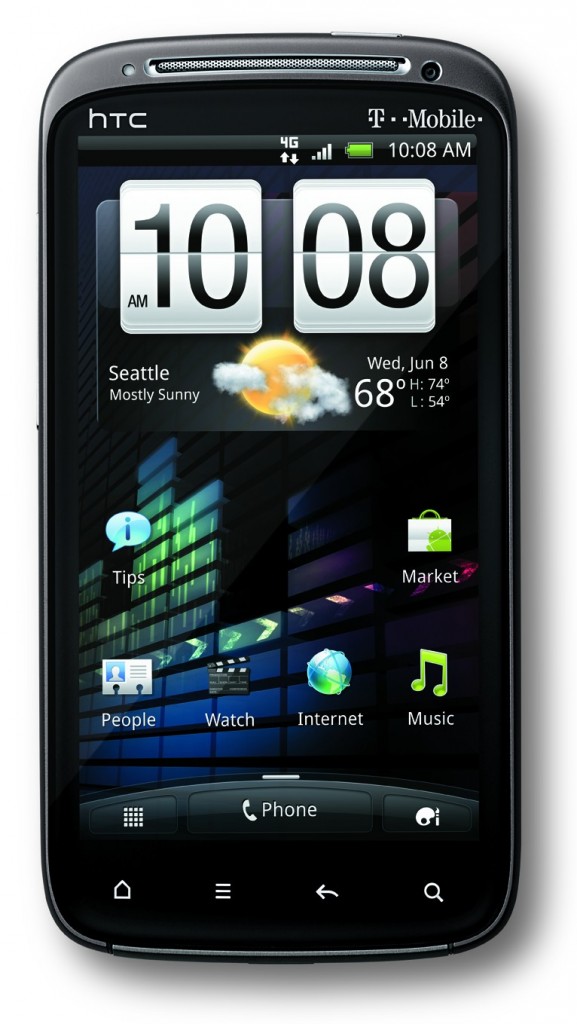 T-Mobile and HTC announced the Sensation today, which was code-named Pyramid in earlier leaks. As expected, it has a dual-core 1.2 GHz processor, 4.3-inch 960 x 540 display, 768 MB of RAM, an 8 megapixel camera on the back with dual-LED flash and full 1080p video recording, and the usual stuff like Wi-Fi, GPS, and Bluetooth. The HSPA+ clocks in at 14.4 Mbps – I’ll leave that to you to decide if that’s 4G or not. It runs Android 2.3.2, with a new version of HTC Sense that includes active lock screens with properly useful and customizable information. It also comes with HTC Watch, a new streaming movie service

The term “superphone” used throughout the launch still makes me cringe, but if anything is deserving of the title, it’s a phone with a screen with that high resolution, and that nice of a camera. The Sensation is launching this summer on T-Mobile, and is coming soon to Vodafone UK and Three. Here’s a quick promo video to whet your palate in the meantime.

Press release after the jump…