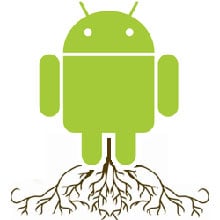 The folks at Unrevoked compiled a list of Android devices and organized them according to their ability to be rooted. The list is not comprehensive but it does help you choose among the major devices and gives some insight into which manufacturers are root-friendly and which are not. Not surprisingly, the developer devices and pure Android devices like the Nexus series and the Motorola Xoom top the list.

If you are interested to see where your current handset falls, then check out the list below. You can also travel to Unrevoked’s website were you can find detailed information on the root status of each these devices.

Root-Friendly with rooting supported by the manufacturer:

Devices that are easily rooted with minimal manufacturer interference:

Devices with security measures that are weak and easily broken:

Devices that have strong security and may be rooted, but are not easily flashed with custom ROMs: