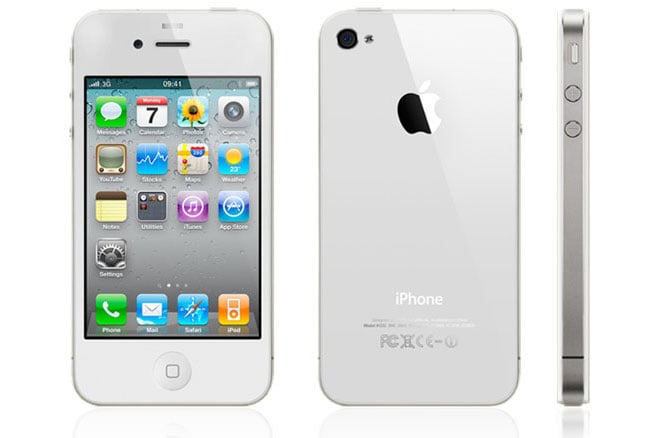 Last year, Apple confirmed the white iPhone 4 would arrive in Spring 2011. That season of the year is now upon us and rumors about this elusive handset has increased. The latest spotting to hit the internet comes fresh from the internal workings of Verizon Wireless. The screen grab obtained by 9 to 5 Mac reportedly shows the model numbers for the 16 and 32 GB versions of the much-desired handset. The inventory information appeared this week, a timing that fits in nicely with Apple’s tentative Spring launch.

Of course, we have been there, done that and most folks are over the blanc version of Apple’s popular smartphone. Many fans of the great white device have given up hope that it will actually arrive and purchased a black variant along with a white case or modification kit. Others have set their eyes on the iPhone 5 and are no longer interested in the blanc version of a handset that is a few months shy of being one year old. Most people, myself included, are tired of these persistent rumors that suggest the handset is coming soon, but not yet here.