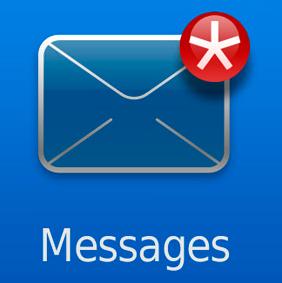 Following up on his Bloomberg interview last week, RIM’s co-CEO Jim Balsillie spoke with the Wall Street Journal about not only reviews of the BlackBerry PlayBook, but also the ongoing security situation in India and a few other issues. Balsillie replied to Walt Mossberg’s “codependent” label of the PlayBook by calling the relationship between RIM’s tablet and their smartphones as a healthy codependency, referring of course to Bridge, and the necessity to pair up the two devices in order to get e-mail, calendar, contacts, and other PIM data on the PlayBook. Luckily, Balsillie said that standalone, independent e-mail apps would be available within the next 60 days – my guess is in time for the 3G and 4G versions of the PlayBook launching this summer.

When asked about how the PlayBook would be positioned as an enterprise product, Balsillie iterated that the BlackBerry tablet would be a “free extension” of existing service. I’m not sure what part of $500 and up is free, but he was probably referring to the lack of recurring wireless costs from carriers or Client Access License fees from RIM. On the subject of security, Balsillie pulled out the “threat matrix” line again, claiming the PlayBook and BlackBerry smartphones remain untouchable by botnets like Coreflood. On the subject of being and remaining secure, the interviewer also asked about the status of BlackBerry and the lawful access sought by the government there. Balsillie mainly passed the buck to carriers, which are the ones licensed by governments, and the ones who need to comply to these kinds of requirements, not RIM.