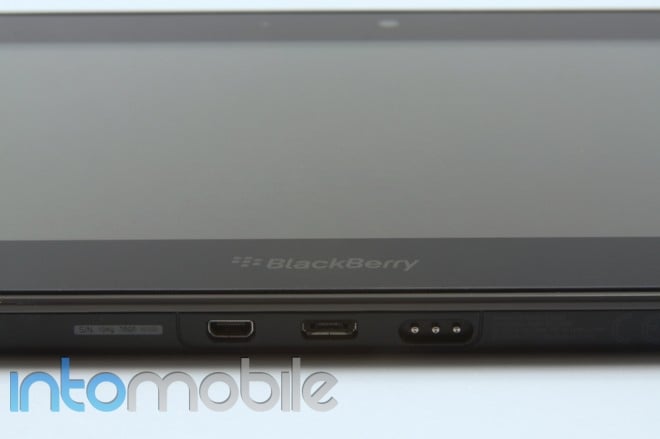 It’s been almost six months since we first saw the BlackBerry PlayBook from Research In Motion but the 7-inch corporate-friendly tablet is now available. The PlayBook can be yours for about $500 for the 16 GB model.

When the BlackBerry PlayBook was first introduced, it blew us away with its specs: 1 GHz dual-core processor, 7-inch 1024 x 600 screen, 1 GB of RAM, multiple cameras with HD video-recording capabilities, full Flash support and a new QNX operating system. We’ve seen multiple new entries in the tablet space since that time though, so how does the RIM tablet compare.

From our extensive review from resident BlackBerry fan Simon Sage:

As is, the BlackBerry PlayBook is good but not great, and if you’re paying 500 bucks and up for one, it really has to be something you’re fully convicted in. The only people I could comfortably recommend the PlayBook to are folks whose lives revolve around a BlackBerry smartphone (be it for business or pleasure), and even then, they’d better be ready to endure some growing pains over the next couple of months.

It’s not as bad as that may sound though, as you should definitely check out the full review for every single detail. In particular, I like how you can still use the BlackBerry PlayBook while it’s syncing with your computer.

The general consensus is that the BlackBerry PlayBook isn’t fully baked and that’s not much of a surprise considering it’s a new form factor and operating system. Still, the hardware is rock solid, the specs are still pretty darn good and we should see the software continue to get better.

In particular, we’re interested to see how the Android emulator will work for Gingerbread apps. We also want to take a closer look at how easy or painful using Bridge will be.

Any of you going to get one of these today?

The BlackBerry PlayBook is launching on April 19 after a long six months of anticipation. As Research In Motion's first...