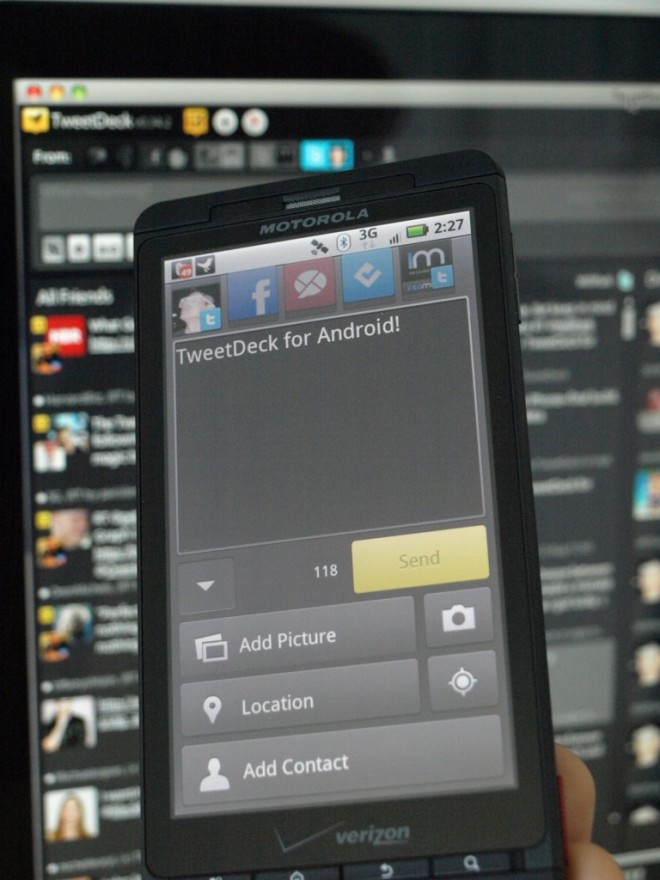 Twitter is reportedly ready to shell out up to $50 million to acquire TweetDeck, a company which makes multiple apps to access social networks. What will this mean to the popular mobile apps?

First, let’s dive into the gist of the Twitter, TweetDeck acquisition talks. Twitter has grown to over 200 million registered users and many believe that has been greatly helped by the wave of third-party apps. Twitter has had a love-hate relationship with these companies because it has acquired some third-party apps while clamping down on others who use its API.

Basically, the micro-blogging company has told third-party developers that creating an app that is only about viewing and enabling people to tweet isn’t a great long-term business strategy. It doesn’t appear to have problems with companies like HootSuite, which offers enterprise-grade services involving Twitter.

UberMedia has grown fed up with Twitter’s jerking around and it supposedly will try and create its own social network and TweetDeck is supposed to be at the top of its acquisition list because of its wide user base. It reportedly offered up to $30 million to purchase the company.

Naturally, Twitter doesn’t want that to happen and has trumped the offer to buy TweetDeck. There’s no word on how close or far the deal is going to be but it does make us wonder how the app world will be impacted.

I like the official apps for the iPhone, Android and BlackBerry but do feel it misses a few features that you can find in TweetDeck. You have to wonder if Twitter will leave the access to Facebook up and running in the apps if it does buy the company.

We’ll keep an eye on this story but, in the meanwhile, let us know what your favorite social networking apps are in the comments.

T-Mobile is trying to be known for more than mobile services (and being acquired by AT&T) and it is diving...