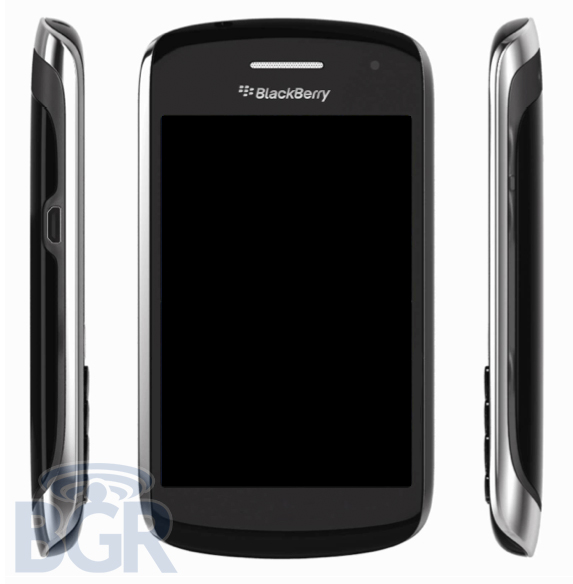 RIM’s big show of the year, BlackBerry World, is kicking off early next month, and we’re already expecting them to announce the Bold Touch 9900 and the Curve 9860, but we may see yet another BlackBerry announced. The Curve Touch (the CDMA version of which is code-named Malibu), will be a lower-end alternative to the Touch 9900, and launching on T-Mobile in the same June/July timeframe as the other new RIM phones.

From what we’ve seen in the roadmaps, the BlackBerry Curve Touch will have an 800 MHz processor,  512 MB of RAM, 1 GB of storage (plus microSD), a 5 megapixel camera with HD video recording, and a 3.25-inch 480 x 360 display. Wi-Fi b/g/n possibly with mobile hotspot, GPS, and 3G. The Curve Touch will also include the new stuff that the other upcoming BlackBerrys are expected to get: near-field communications for quick transfers initiated just by tapping your phone on a sensor, and a magnetic compass to enable augmented reality applications.

It looks like RIM is going to be going into the summer with all guns blazing if three (or more) devices actuallyget announced at BlackBerry World next month. Other contenders for an announcement include the Torch 2, Sedona, and Orlando, which could make it one of RIM’s busiest shows to date.

Following up on the BlackBerry PlayBook teardown from this morning, an Ottawa company has not only done their own disassembly,...