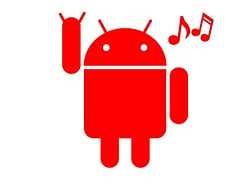 Hot off the news that Apple has just polished off its cloud music service, Google is reportedly in talk with Spotify to power its Android music service.

For those who don’t know, Spotify is a streaming music service that’s popular in Europe because it offered free, unlimited access to its music. It had to change some of its offerings lately in order to play nice with the U.S. music labels in an attempt to finally get in the United States.

The Google, Spotify talks come from a CNET report which says nothing is done yet, but the deal could be beneficial for the fledgling Android music service. Despite its stumbles in the United States, Spotify does have more experience working with the music industry. Google’s negotiations with these companies have apparently gone nowhere.

We know that Google is planning some boosts in the Android music service because we’ve seen it. This leaked version had a streaming service that was not yet activated and I could definitely see Spotify coming in to bolster that.

The move could be important because it could put the Android platform on par with iOS in terms of multimedia services. Apple is reportedly preparing an iTunes in the cloud service which should give iOS users access to a digital locker which has all of the content they’ve purchased from iTunes.

Amazon beat both of these companies to the punch with the Amazon Cloud Player, which offers a hard drive in the cloud which gives users access to this on any device that has an Internet connection and browser. The music industry isn’t happy with this because it feels that new licenses are needed but Amazon says this is no different than a user streaming tracks from their own hard drive.

The Google I/O conference is just a few weeks away, so we should hear a lot more about this Android music service.

Apple recently filed a lawsuit against Samsung for its Galaxy line of phones and tablets for patent, trademark and design...