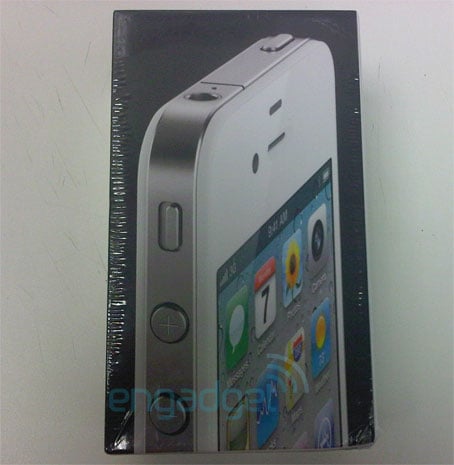 The unicorn of the smartphone world seems to have arrived. The white iPhone 4, long-delayed, elusive and once believed to be a thing of lore and legend, appears to have made its way to the UK already. Word is that it’s in Vodafone’s inventory, and one managed to slip into the hands of one lucky customer. Is it the real deal?

Engadget seems to think so, and it looks real from the images they’ve obtained. The only question now is when this thing will become official. It has popped up in several inventory systems – including our very own Verizon in the States – so often now, that I was beginning to think it was some sort of technological poltergeist, teasing and taunting us and then disappearing into semi-oblivion.

However, Apple did say last year that it would be ready for spring 2011, so it comes as a surprise to me that anyone is surprised at all.

Not everyone has the iPhone 4 yet – some folks have been waiting for upgrade eligibility while others are waiting for contracts to end. If they should pick one up, it seems to me that the obvious choice would be white. Just because. This damned phone has made far too many headlines than a colored phone should.