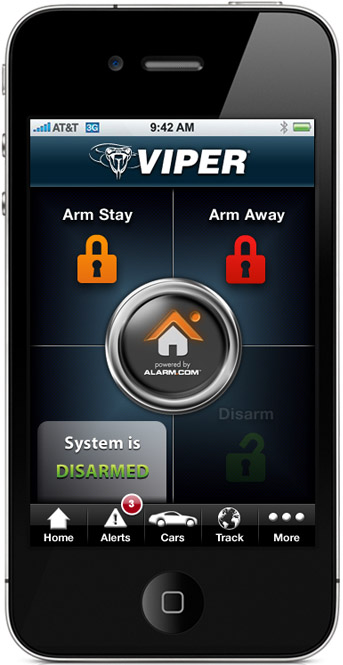 Viper SmartStart — the application/service that lets users start, track and control their car from a smartphone — is adding home control features to the mix. To make that happen, Directed Electronics (maker of Viper SmartStart) has teamed-up with the security services provider Alarm.com.

A quick flip of the wrist toggles between the car control and home control screens in the Viper SmartStart app. With the integration of the industry leading interactive security services from Alarm.com, users can now arm and disarm their home security system with one touch using their smartphone.

Viper SmartStart is currently available on the iPhone, BlackBerry and Android platforms. Current users can update their app to version 2.2 to receive home control features. However, an Alarm.com-enabled home security system is required for the feature to work.

If celebrities can have their own iPhone apps, why shouldn't their trainers? Well one of them is taking that route...