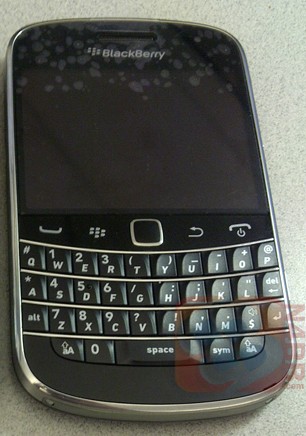 We had heard that RIM may launch up to three BlackBerry smartphones at their conference coming up early next month, but it looks like only one, the Bold Touch (code-named Montana/Dakota) will be going public. The Curve Touch and the Touch 9860 were also on the chopping block for a launch at the show, with a glimmer of hope for the Orlando and the Torch 2. This was reportedly a last-minute change, but we don’t have anything more specific than that. We’re still expecting it to hit stores sometime this summer.

From the specs we’ve seen, the BlackBerry Bold Touch 9900 will have a 2.8-inch 640 x 480 display, 768 MB of RAM, a 1.2 GHz processor, 8 GB of storage memory (plus microSD memory card), and a 5 megapixel camera with LED flash and 720p video recording. The biggest addition is near-field communications and a magnetic compass to support augmented reality apps. Both of those should be landing on all of RIM’s next breed of devices, along with an OS upgrade to 6.1.

To be fair, RIM doesn’t usually announce more than one phone at their show (last year being something of an exception). It’s also not to say that the other phones aren’t ready, especially since we’ve seen many of them alive and well, but carriers likely want to launch the new BlackBerry smartphones on their own terms. Even if the Bold Touch is the only one to show up in Orlando, RIM has a lot of devices on the roadmap, and will be very busy leading up to the new year, at which point we can expect to start seeing dual-core smartphones and the first signs of the QNX OS working its way to other BlackBerry products. Besides, the Bold Touch looks like it will be the flagship for the new generation, and is just the kind of familiar, buttoned-down phone business execs will be comfortable with.

Motorola Bullet and Jet to be First Quad-Core Smartphones?

A fresh rumour has been floated out that Motorola is planning two devices for the first quarter of 2012,...