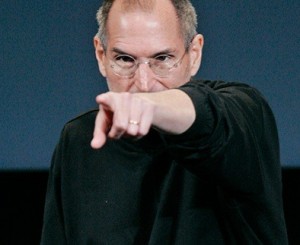 Oh no! Our iPhones and iPads are collecting data about us and storing the info in a secret file! Sound the alarms! Oh, you didn’t already know? Last week it was revealed that the iPhone and iPad 3G collect location data from its users and time-stamps the data, then it stores the information in a file within the device and it gets backed up every time it is synced with iTunes. It sounds like the kind of stuff that would set off some rampant paranoia before anyone can make a level-headed assessment about it. And that’s exactly what it did.

Could you please explain the necessity of the passive location-tracking tool embedded in my iPhone? It’s kind of unnerving knowing that my exact location is being recorded at all times. Maybe you could shed some light on this for me before I switch to a Droid. They don’t track me.

A: Oh yes they do. We don’t track anyone. The info circulating around is false.

Sent from my iPhone

Yes, other smartphones track users. This is no surprise. Apple doesn’t track anyone and info circulating is false. Or is it? Plenty of users decided to give the iPhoneTracker application a try just to see what kind of data turns up. It quickly became evident that the iPhone and iPad 3G did record location data with a great degree of accuracy. But does this necessarily mean that everyone is being tracked by Apple? No.

The issue was startling only because users never had the option to opt in or out of having their location data recorded, and the devices were keeping this information in a file unbeknownst to its users. Wait, they might have had the ability to opt out: according to Apple, turning off “Location Services” would also shut down the ability for networks to collect location information from an iOS device. Of course, far too many apps rely on the feature, and a user would first have to know that his or her whereabouts are being recorded in order to take advantage of this.

Again, Steve Jobs was predictably curt and cryptic, but what else can we expect from a man with a history for being that way in e-mail correspondence?