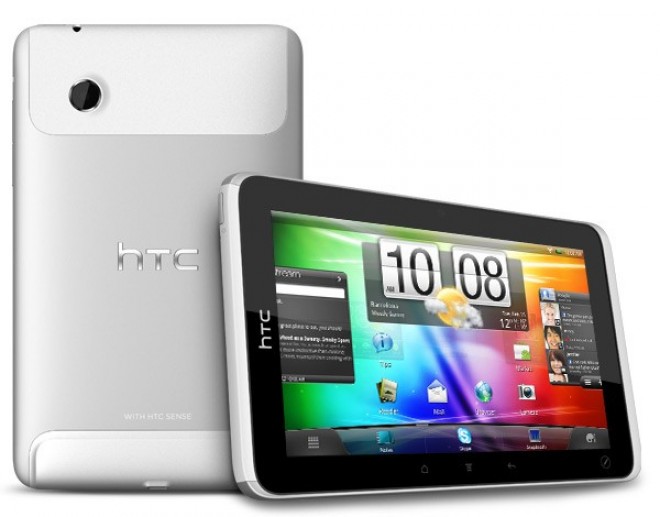 The G-Slate and G2x may be currently holding the crowns as the best devices available for T-Mobile today, but the carrier hasn’t forgotten about HTC in the least bit. Not only can we look forward to the Sensation and the Doubleshot, the HTC Flyer may make its way into the portfolio as well, giving users a taste of Sense on a big screen.

Rumor has it that we may see the Flyer land on T-Mobile’s shelves sometime in early July. You can pre-order the device at Best Buy right now for $499, and that price point will likely lead to a nice price tag once it’s been subsidized by the carrier. We could imagine that the 7-incher could go down as low as $250 with a two-year contract, which is certainly an attractive price. That said, knowing T-Mobile, there will probably be a mail-in rebate involved.

The Flyer is no chump when it comes to specifications, even if it isn’t shipping with a dual-core CPU that’s so highly touted from its competition. This bad boy comes with a 1.5 GHz processor, a 7 inch display (1024 x 600), aluminum unibody, Android 2.4, and the capacitive stylus for taking notes. Having Sense on a larger screen is something we’ve been waiting to see for some time now, but bringing the stylus back from the dead and showcasing it as a main features certainly wasn’t. The device is simple and sexy, which is something we were expecting, but the vision behind the Flyer seems to be an attempt to stand out, and it does, just not in the best of ways.

Even if it’s not the most compelling device, users will finally be able to get their hands on the HTC Sense tablet they have been waiting for. Will anyone be grabbing this thing if it does indeed come to T-Mobile this July?

Android 2.3.4 could have video calling, debut at Google I/O

We're just a few weeks away from the Google I/O conference and you know that Android will be a featured...