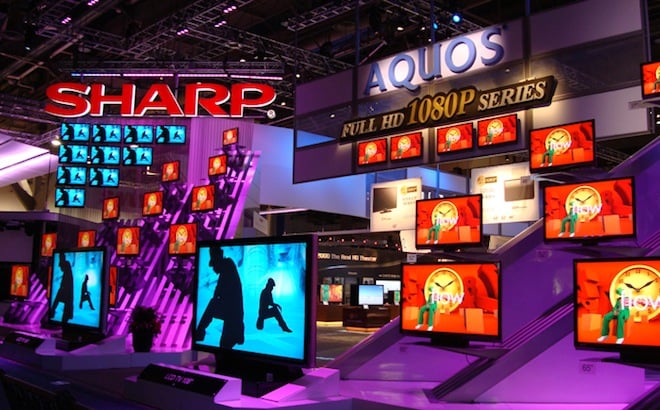 The iPhone 5 (or iPhone 4S) hasn’t even been announced yet, much less released, and there are already rumors circulating across the internet about the iPhone 6. According to Japanese news publication Nikkan, Sharp is in the process of re-tooling one of their factories to start building low temperature polysilicon (p-Si) displays. Mass production is expected for sometime around next spring. The advantages of p-Si displays compared to what’s already out on the market include: the ability to make higher resolution screens since the LCD drive unit, which has traditionally been placed around the perimeter of a display, can now be built straight into the glass that sits on top, thereby eliminating the need for complex wiring; again because the drive unit is now on the glass, less parts equals less complexity, which translates to enhanced durability; p-Si displays are also thinner and weigh less. Said p-Si displays are rumored to be coming to the 6th generation iPhone.

All we want to know is when is Apple going to make the switch to OLED? Forget this p-Si stuff, Samsung and Apple may be in a patent dispute over how their devices look, but the relationship those two companies have in regards to supplying components has not been damaged. Samsung should have no problem pumping out more OLED screens once their factory goes live next summer, so we’re a bit miffed as to why there have yet to be any rumors about the iPhone 6 being OLED based? Anyway, as long as Apple keeps on pumping out phones and music players that pack a pixel per inch of higher than 300, dubbed “retina display” by the Cupertino marketing machine, it shouldn’t matter what technology drives the screen.

Is the higher resolution screen of the iPhone 4 keeping you from going to Android? Are you holding off on buying your next smartphone until you see one you want with something greater than 900 vertical pixels?

Apple iTunes cloud service will come with a fee, eventually

We are probably just a few weeks away from the much-awaited Apple iTunes cloud service but don't expect it to...