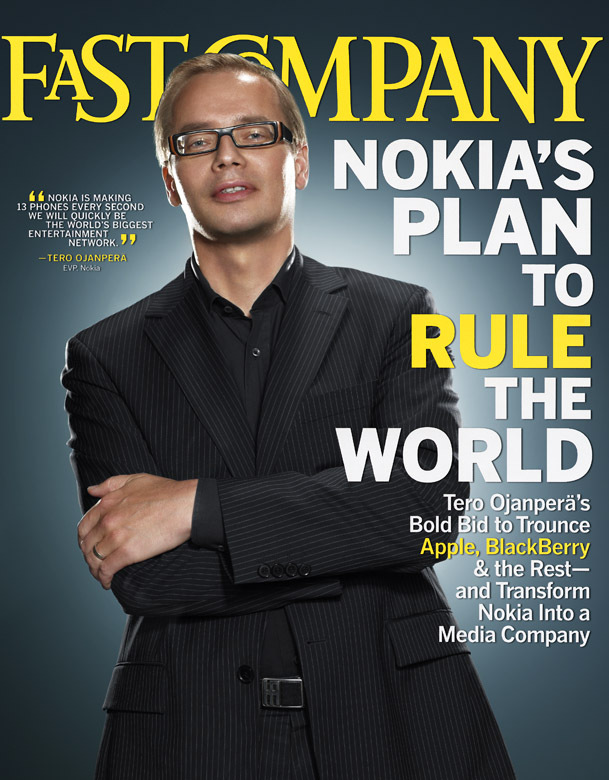 In October of 2007 Nokia announced that they were going to purchase Navteq for a cool $8.1 billion. Many analysts were dumbfounded by the move, but in the end it could be explained by simple economics. Rather than having to fork over hundreds of millions of Euros a year to put mapping data on the over 100 million smartphones Nokia ships year after year, it would instead be cheaper to own the mapping data itself. Advertisements can also be put on top of that mapping data, so when other companies need tiles to render a city, state, or country, targeted ads can be laid on top. It’s been 3.5 years, and except for Ovi Maps making turn by turn navigation a free feature in order to compete with Google Navigation, not much has been done with the Navteq acquisition. That’s supposedly going to change starting on May 1st when Nokia’s Tero Ojanpera (pictured above) and Navteq’s CEO Larry Kaplan create a new business unit within Nokia that focuses on building social location services and will also work together with Microsoft on creating a new brand that will some day, maybe, be more popular than Google Maps.

If the name Tero Ojanpera sounds familiar to you, then you’re aware that he has had two previous roles within Nokia. He was once the Chief Technology Officer, and his job was to sit on his ass and think about what mobile phones would look like in the next 5 to 10 years. Next he was head of Nokia’s “Entertainment and Communities” unit where his job was to fly between Helsinki and Hollywood to try and turn Nokia into a credible supplier of content. There is no question that in both of these roles he has failed, so pardon us for saying this, but how exactly is he going to a Foursquare clone off the ground?

Nokia has just issued a press release announcing what many have been anticipating since Stephen Elop got on stage and...