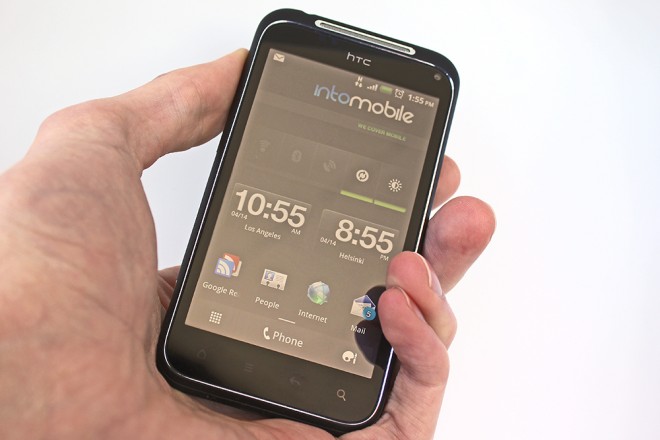 The HTC Incredible 2 is coming to Verizon shortly, but us lucky bastards north of the border have been enjoying the GSM version for a couple of weeks now thanks to Bell. Will’s review of the original Incredible was mostly high praise, but that was upwards of a year ago, and since then competing smartphone manufacturers have brought the fight to HTC when it comes to being the premiere in Android handsets.

Just looking at the spec sheet, it lands at the upper-end of the mid-range, beating out the likes of the Motorola Dext, but not quite hitting the same peak as the Samsung Nexus S. Despite not being the king of the hill, being able to offer a nice 4-inch WVGA display, a solid 8 megapixel camera, and one of the more polished Android experiences available for $99 on contract, that’s a pretty sweet deal. 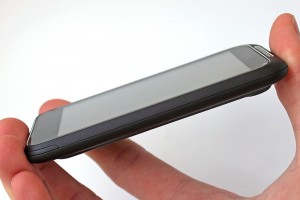 The HTC Incredible S packs a respectable 4-inch, 800 x 480 WVGA Super LCD display that’s sharp, colourful, and responsive. The camera is no slouch, clocking in at 8 megapixels, with the support of dual LED flash and a 1 GHz processor that can handle creating 720p video. The styling is reminiscent of the Incredible predecessor, and maintains a solid unibody construction the feels like it can take a licking.

The HTC Incredible S maintains a pocketable 12 mm profile, while still offering a good-sized 4-inch screen. The unibody design gives it a decidedly solid feeling, and the soft finish makes it easy to slip into your hand. The style lines up nicely with the precedent HTC has set, which means a lot of smooth lines, and a few crisp, glinting accents. The capacitive buttons beneath the screen are seamless, and have a neat trick: when you rotate the phone, they rotate with you (but only when you flip it onto the left side). The rear battery door design has a cool tech-y feel to it, though not particularly necessary or ergonomic. In terms of feel, the matte finish didn’t have quite as much grip as I would have liked, but it did make holding the phone a soft and smooth experience. 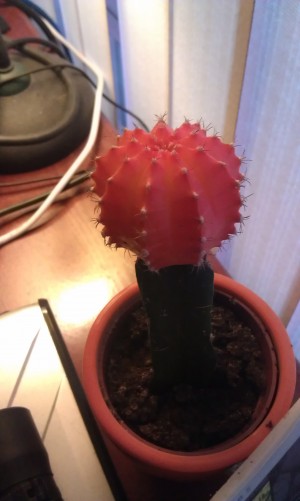 The 8 megapixel camera on the HTC Incredible deserves some props. I find it’s a little obvious that there’s some software-side noise reduction going on in stills, which in some cases smooths over detail, but generally the camera takes solid stills, especially in good light. The camera includes face detection, which is handy for those group shots, and geotagging lets you put your pictures onto a map with supporting services. Here’s one sample, but you can find more in the gallery at the end.

The Incredible S is able to record 720p video on the rear camera, but as is the case with most smartphone video, keeping a steady image is often a problem. While you aren’t going to be shooting any Hollywood blockbusters on the thing, the video quality is good enough for casual sharing with Facebook friends. The front-facing camera is decent, but I wouldn’t use it for much more than video calling.

Despite having a big 4-inch touchscreen, I found the Incredible S could get me through a day of standard use with screen brightness low and sync turned off. With sync on, brightness at medium, and heavier usage I could also get through the day, but only barely. Power management options, both passive and active, are plentiful in Android, and help a lot with the harsh battery realities of big touchscreen smartphones. Using the Wi-Fi hotspot function (which only let me connect two devices, for some reason) will be an obvious power drain, but if you’re getting cozy with your laptop for an extended period of time anyway, a power plug probably isn’t too much to ask. 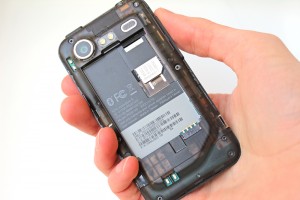 Call quality was fine on Bell’s network here in Ottawa, and I didn’t suffer any drops. The phone app will recognize either phone numbers or names being typed into the big on-screen dialpad, but the real helpful stuff comes when you start populating your home screen with contact widgets. With them, you can launch into calls with your most prominent contacts in one tap from your home screen. The Incredible S ties your contacts with your various social networks, which can be a good thing and a bad thing. Since it comes preloaded with its own profiles for HTC’s Facebook and Twitter apps, if you load up the official ones, there can be some redundancies that get confusing to say the least. It’s also hard to cherry-pick which contacts are imported to your device, since hardly anybody wants everyone they follow on Twitter to be in their address book. On the flip side, if you ditch HTC’s offering in favour of the official app, you’re missing out on some pretty tight integration between the People (contacts) app, and your social networks. It’s a tough call to make. 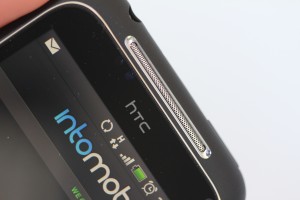 The HTC Incredible S runs Android 2.2 with HTC’s Sense customizations on top. Of course, carriers are bound to preload their own apps on there, but the real fun starts when you explore the extensive Android Market, which now rivals the quantity and quality of the iPhone’s App Store.  Google’s own contributions are significant, such as their free turn-by-turn Navigation app. In terms of benchmarks, the HTC Incredible S scored an average of 1,346 after three Quadrant tests,  while Neocore managed to get around 56 FPS in its 3D test.

Anyone who has used an Android handset from HTC will know the usual maneuvers Sense has to offer: pinch from any home screen to see an exploded view of the whole set, and jump to one with a tap… Scenes, so you can change the entire layout of your home screens on the fly… Access recently-opened applications in the drop-down notifications menu… Plus the standard Android fare of having a pull-down notification windowshade that lets you see and launch into incoming messages with relative ease, quickly find anything thanks to dedicated search key, folders for organizing apps and shortcuts to Google Maps places, contacts, and websites, and an easily-accessible app list, showing everything in alphabetical order.

HTC includes a tab system along the bottom of the screen for most of their apps, which usually provides filters for the content being displayed in the app, but I often feel like most of those could be handled through the menu key, and that the bar is just eating up valuable screen real estate.

The thing that continues to strike me about Android when coming from a BlackBerry is how thoroughly customizable the whole experience is. HTC in particular offers plenty of ringtones, wallpapers, and Scenes for you to download if you can’t be bothered to construct your own. On that note, I’ve found that the quality of third-party home screen widgets has signifcantly improved since the last time I’ve used an Android handset. 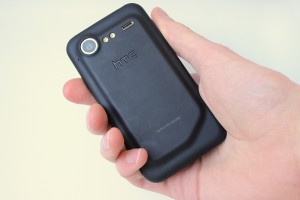 The on-screen keyboard for the HTC Incredible S worked perfectly fine in my time with it, though I was tempted more than once to load up the Swype custom keyboard, which lets you input text through swipe gestures rather than screen taps. Regardless, I stuck with the built-in keyboard, which can provide a bit of haptic feedback (vibration) when you type. Text selection and cursor positioning is generally pretty accurate thanks to the fisheye lens that pops up over your finger when moving it around.

Considering I use the keyboard primarily for shooting out e-mails, it’s worth noting here that I’m still not a big fan of separating the vanilla e-mail app and Gmail app, but understand the necessity if Google wants to provide tailored features like stars and labels. It’s a bit of a moot point for me anyway, since I don’t use anything but Gmail, but for those that have Gmail on top of other accounts, just remember that you’ll be jumping between two fairly different e-mail experiences. Besides e-mail, I’ve become accustomed to having my text messages land in the same area as my e-mail after using a BlackBerry for so long, and having yet another app to switch to for regular communications feels like a bit of a chore. 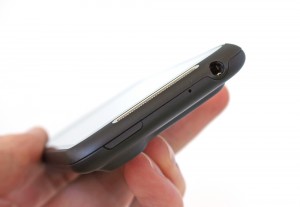 The HTC Incredible S wins big marks for its handling of multimedia. Video playback looks great on the 4-inch 800 x 480 display, Flash support in the browser is ideally suited for handling streaming video (though not much else), and DLNA support allows you to share anything stored locally out to your home theatre system over the local Wi-Fi network. Of course, that depends on your TV/stereo supporting DLNA too, but if it does, the experience of loading up high-def video podcasts onto your phone wirelessly through Google Listen as soon as it’s published, and watching it on the big screen without having to plug anything in is really great. There’s also FM radio on there, if you’re into that kind of thing.

It handles music great, with playback controls readily available from the lock screen, and the volume rocker on the side. Some hardware keys to pause, play, or mute would have been nice, but I get that they wanted to keep the hardware looking smooth and seamless. Music stored on the phone can be used for ringtones, but if you only want a section of a song for your ringtone, there’s a built-in trimmer available.The Incredible S did a particularly good job of hooking up my tracks with album art that it didn’t have before, though unfortunately that art didn’t stick around on the memory card afterwards. The only thing that could really make the Incredible S better suited for multimedia is more local storage, since 1 GB doesn’t let you do much. If a 16 GB or 32 GB microSD card is enough to hold all of your video and music though, the Incredible S will do the trick. The SoundHound preload also deserves an honourable mention, since music ID is one of the first apps I load up onto any phone. It’s only the free version mind you, but including it right off the bat is an important step in getting people used to using their smartphones for new functions.

The HTC Incredible S has a full-featured WebKit browser that supports Flash 10.1 and tabs, and handled pinch to zoom and panning very responsively.

There’s certainly nothing wrong with the HTC Incredible S; it’s got a solid build build quality, generally polished software with lots of apps available, and a bit of character thanks to the rotating function keys and the funky backplate. The camera takes some great pictures and videos. The customizability of Android is always refreshing when coming from relatively limited experiences on iOS and BlackBerry, too. Still, I find it hard to really solidify who the Incredible S is specifically geared towards. It’s well-rounded enough to appeal to a wide audience, and I’m sure with the right home screen widgets and apps, the Incredible S could meet your specific needs, but there’s nothing about it that screams out “I am for Person X”, even among HTC’s own selection of Android phones. That being said, if you don’t have any particular demands other than a nice high-end smartphone with a reasonable pricetag, the Incredible S may very well be for you.

P.S.: Hey guys, our comments are being wonky. Sit tight, the codemonkeys are on it.

If you thought the Square credit card reader for the iPhone, iPod touch, iPad and Android devices was just a...