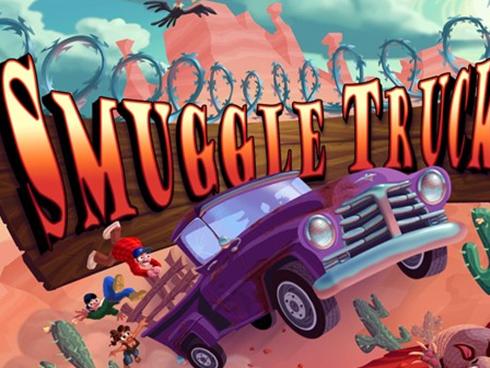 Some questionable apps have passed through Apple’s filtering process in the past, like that weird baby-shaking application, but luckily the folks in Cupertino are often on their toes. Smuggle Truck, a highly offensive game where a user’s objective is to drive a truck load of immigrants safely across the desert without getting them thrown out, was just rejected for approval by Apple.

The first question that pops into mind is – what was the developer thinking? According to USA Today:

It would be dishonest of me to sit here without expressing what I really think this is — bullshit. There are a million other ways to get a nation’s attention to immigration issues; exploiting it by creating a game – with the possibility of raising money from it – just seems pretty low.

All is not lost for the developer, anyway, who, with a few tweaks and sound effects changes, was able to alter the game to be less offensive:

“Essentially, instead of smuggling immigrants over the border, you’re now bringing animals from the wilderness into the comfort of a zoo, where they are provided plenty of food, water, shelter and state-of-the-art health care,” Schwartz tells Joystiq.

Can’t let all that hard work go to waste, I guess.

Following up on their Facebook connection, Shazam has just struck up a hell of a deal with eBay to offer...