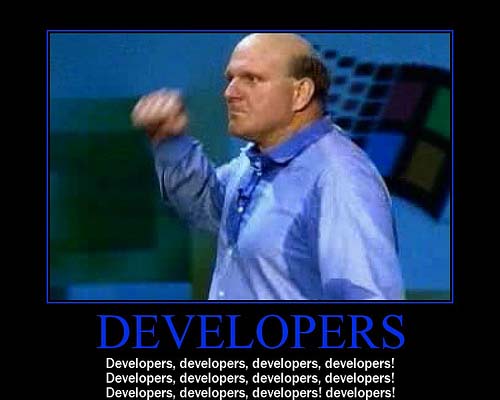 Microsoft is reaching out to iPhone and iPad developers with a new API mapping tool, which should help bridge the language gap between iOS and Windows Phone programming environments. On top of that, they’ve released a white paper over 90 pages long detailing the transition, as well as a series of developer stories in video format, chronicling their own journey between the two.

This seems to be the smartest way to go about engaging developers, since the vast majority are already active with iPhone. RIM’s making a similar appeal to Android developers by allowing their apps to run in a “wrapper” on the BlackBerry PlayBook tablet, though we’re not exactly sure how well that will work. Though relatively young, Windows Phone has more apps than webOS, and with Microsoft’s huge pile of money, the platform has a lot of fuel for long-term promotion.

While I doubt programmers already making a healthy buck in the iPhone App Store will make a wholesale switch to Windows Phone, I could see them doing parallel development if it was easy enough. That being said, a bunch of how-tos may not be enough, but if Microsoft could get some porting functions built into their SDK, then there’s a decent chance of some crossover.

To check out all of the new stuff Microsoft is offering iPhone developers, check out their new Interoperability minisite.

Gitbax iPhone apps helps you follow up with new contacts

The Gitbax iPhone app is aimed at giving you a gentle reminder to follow up with people you've met and...