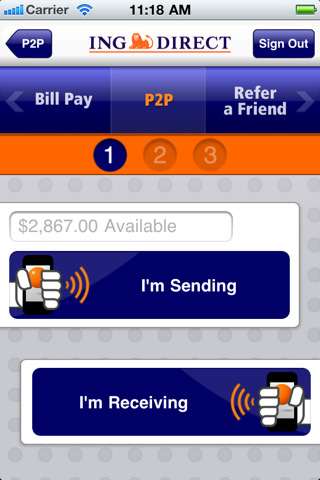 ING DIRECT updated its iPhone app with the Bump functionality, allowing its Electric Orange Checking account customers to conduct Person2Person transactions. As a result, users can simply Bump two iPhones to securely send money to one another.

In order to start the transfer, Electric Orange customers enter a dollar amount into ING DIRECT’s mobile Person2Person Payment feature and “bump” their iPhones together to initiate an instant payment between two Electric Orange accounts. According to ING DIRECT, this makes it easy to pay a friend back for a meal and avoid the hassle of coming up with exact change.

As a reminder, earlier we’ve seen PayPal adding Bump functionality to its iPhone and Android apps.

We've seen quite a few Apple products dipped in gold so why would the iPad 2 be any different? It...