Tegra 2-optimized games are not as plentiful as we would like to see at the moment, but we’re assured that more will be on the way in due time. One such game that’s soon to land in the Tegra Zone store is Pinball HD, and it’s quite stunning to play. One may not be completely sold on playing a pinball game on a mobile device, but Pinball HD hits all the right marks, and with the Tegra 2 behind it, visually striking experience.

Since this is pinball we’re talking about, you likely already know the rules. Pinball HD offers up three levels that are all beautiful, showing rich graphics and a great physics engine. I wasn’t completely sold on the game initially, but once I began to play the game, it was immediately noticeable that this is unlike any pinball game I’ve ever played before, and before I knew it, I won’t say how long, but a good chunk of time had passed.

You have three levels to choose from, Wild West, The Deep, and Jungle Style. All three have dynamic mazes, and their own atmospheric soundtrack and sound effects. It’s hard to pick a favorite, but I find myself playing the Deep more than any of the others, for no particular reason. Jungle Style gives you four paddles to work with and the maze will shift during certain missions, just to keep you on your toes.

I tested the game on both a ViewSonic G-Tablet and a T-Mobile G2X, and it was smooth as butter on both devices. The game allows you to play either in portrait or landscape, and the screen and zoom will adjust according to the orientation, which is a nice option if you’re playing on a larger screen like a tablet. The entire game is in 3D, but if you wanted to step it up a notch, you can enable the stereoscopic imaging option, so you can use with anaglyph 3D glasses. 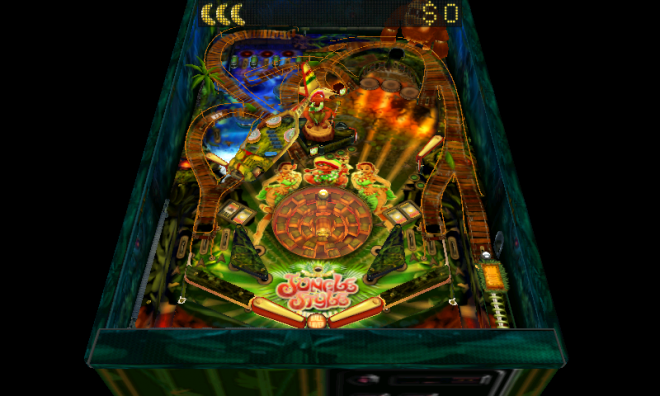 Since this is a Tegra 2 optimized games, you can be assured that the graphics will pop unlike most games. The high-resolution textures look great, and you may lose a ball because you’re lost in its beauty. Yeah, I know I’m talking about a game, but it’s that good.

This is one of the most addicting games I’ve probably ever played, and it’s most certainly worth the money. Angry Birds doesn’t hold a candle to this game.

Honestly folks I'm not sure why would anyone want the HTC Flyer? It's not a Honeycomb flyer (though may get...