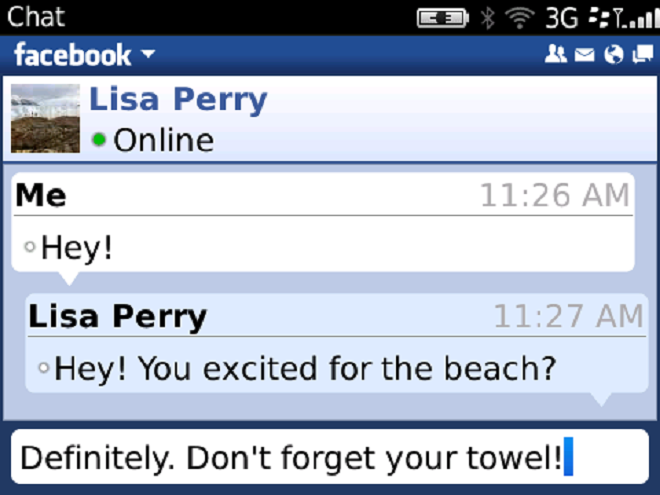 Research In Motion has just updated its Twitter and Facebook apps for the BlackBerry smartphones and this includes improved user interfaces and a few new features.

If you recall, the Facebook, Twitter apps were built with the help of RIM itself, so these have deeper ties into the operating system than some third-party programs. This means these can have deeper hooks into the messaging app, for example.

RIM says the BlackBerry Facebook app now has improved chatting capabilities so you can know when people are in the middle of typing. There’s also a new filter for your online contacts.

The BlackBerry Facebook app also has a mutual friends list, overall performance improvements and enhanced integration with the native programs – you can make calls, click on phone numbers and more.

As for the Twitter BlackBerry program, it has a refined user interface for simpler navigation. The navigation bar combines “search,” “find people” and “popular topics” into a single bar.

Both are available in the Beta Zone for free, so check them out and let us know what you think.

You nature lovers out there should definitely check out the LeafSnap iPhone app because this is basically an electronic field...