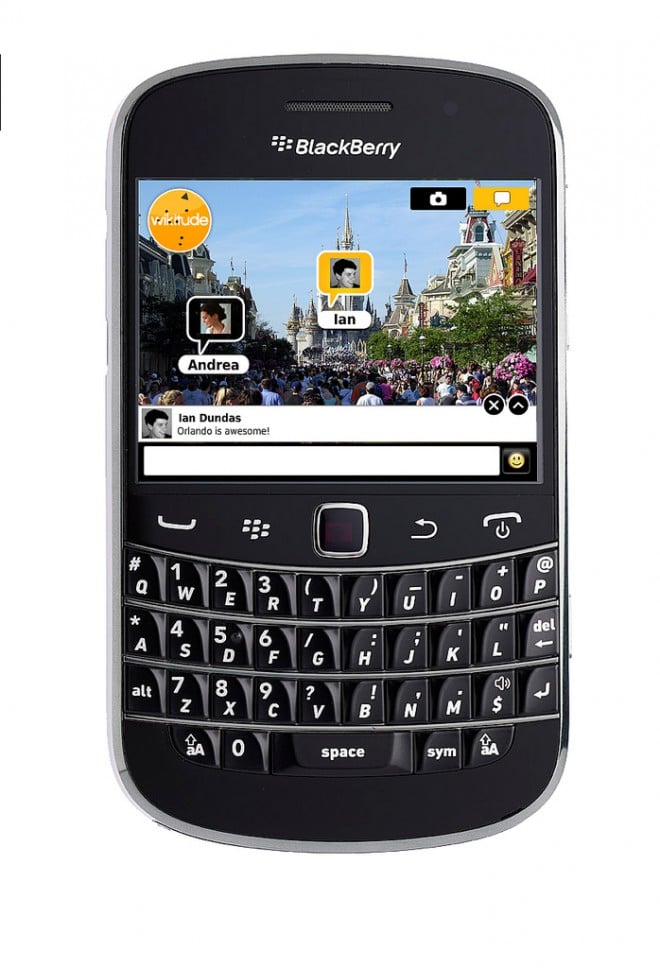 As a part of the announcement of the BlackBerry Bold 9900 this week, RIM showcased a preloaded augmented reality app that we’ve seen on other platforms called Wikitude. Since the 9900 is the first BlackBerry to include a magnetic compass and the right display overlay software, it’s the first to support AR apps. To give this version of Wikitude an extra bit of BlackBerry flavour, the developers have adapted it so that you can see where your BBM friends are when you point the camera in a particular direction. Wikitude also intends to use the mechanism as a way to meet new people. No doubt all of this has been made possible by the BBM Social developer API that a variety of new apps have begun to work with.

Of course, socializing is only one use case for Wikitude; originally, it had been a way to check out geo-positioned Wikipedia articles, so you could easily learn about the world around you just by pointing your smartphone’s camera. They’ve since expanded to include geotagged Flickr photos, YouTube videos, Foursquare spots, and lots more. Wikitude was also among the first to do this kind of thing, and spawned a whole category of apps which now includes Layar, Junaio, and plenty of others.

I trust that including an augmented reality app preloaded on the BlackBerry Bold 9900 will go a long way to educating new smartphone owners about the possibilities opened by the hardware. For those not really into tech, AR is a little out there, and as soon as it starts recognizing BBM friends, it can get a little creepy (even if those BBM contacts have provided trusted status). The BlackBerry 9900 is launching this summer on T-Mobile and elsewhere; we’ll be sure to try out Wikitude when the new Bold is out, but in the meantime, you can find more information in the announcement here.

The Adobe Connect Mobile iOS app has just been updated to the 1.5 version and it includes an optimization for...