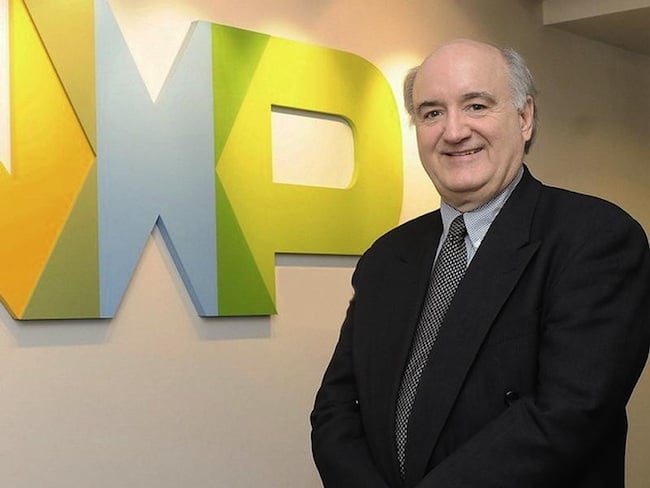 NXP Semiconductors, a company you may not have heard of, but who worked with Google to make sure Android 2.3 came with support for near field communication technology, or NFC, is saying that between 40 million and 100 million NFC enabled mobile phones will ship this year. That estimate comes from NXP CEO Rick Clemmer, pictured above, who says: “Every time we talk to our friends at Google, they tell us to double the numbers for the Android expectations. If the low end happens, maybe it doesn’t get to be greater than 40 or 45 million units this year. If, in fact, Google’s right and we should double everything, then the numbers are closer to a hundred. We’ll clearly have a better feel as we get towards the middle of the year.” He goes on to say that while the first half of 2011 is rather boring for NFC, once the first devices start shipping with it then the technology will “ramp rapidly”.

Besides RIM’s recently announced BlackBerry Bold 9900 and the Nexus S, we can’t think of any other NFC devices out on the market, so excuse us while we remain a bit skeptical. If the next iPhone comes with NFC, then yes, that’s a couple million units out the door, but when it comes to Android most hardware vendors are highly dependent on Qualcomm for chips. Just like you can walk down the computer aisle of your local electronics store and see many desktops and laptops in various shapes and sizes, but all essentially running the same Intel silicon inside, the same is happening with Android and Qualcomm. Unless Qualcomm starts bundling NFC with Snapdragon, then NFC isn’t going to take off.

We’ll find out more at Google I/O tomorrow as to what the search engine company plans to do with NFC and if they have any major new announcements to make around Android.