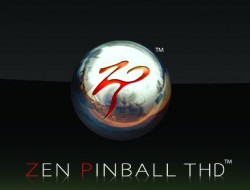 If Pinball HD wasn’t enough for you, then you may be excited to hear that another pinball game is on its way for Tegra 2 devices. Zen Studios will be bringing its PS3 game Zen Pinball to Android smartphones and tablets with the NVIDIA Tegra 2 dual-core processor, and will be giving demos of the title at the Developer’s Sandbox during Google I/O 2011.

This is the first time the game has been released for any mobile platform, and the NVIDIA Tegra 2 has enough power to beautifully scale the game to mobile devices without any compromises. Said to bring a new standard of realistic ball physics, Pinball THD looks to deliver in every aspect by providing a graphically rich experience with challenging tables, and head-to-head online multiplayer options.

While we are still big fans of Pinball HD, Zen Studios’ game makes it sound as if there’s still a lot to be desired out of existing titles of this kind. We’ll have to put them head to head when both are available, but having the popular PS3 title grace the Tegra Zone store is more than a welcomed addition. Zen Pinball THD looks to have a bit more storyline than the game we reviewed last week, as players assume the roles of a brother/sister duo fighting an evil sorcerer and his minions.

The introduction of the social platform within the game is enough to give this game a second look, as playing against other users online makes for a better game experience. With tournaments held worldwide, you can test out just how good (or bad) your pinball skills really are.

If you will be attending the Google I/O conference tomorrow, be sure to hit up the Developer’s Sandbox to get a peek of this hot new game. Who’s ready for some more pinball action?

If you're like me, you're kind of a cheapskate and have been amazed by the wave of Groupon-like services that...