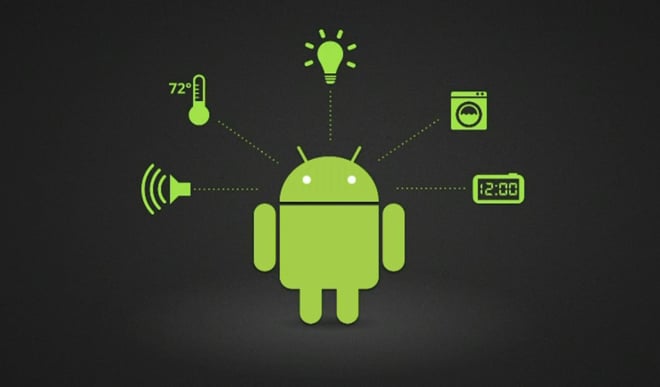 Google announced some exciting new services today for Android, most of which were in the form of a new software version or updates, but Android@Home is something we’ve never seen, or even thought of before. We’re not talking about a Jetson’s lifestyle (yet), but Google is making its mobile operating system extend to your home, allowing you to control virtually anything from your device.

With Android@Home, the possibilities are theoretically endless, allowing you to turn your lights on and off just with a tap on your tablet. The service can communicate wirelessly to devices, giving you complete control of your house. This really does bring a new level to “connected devices,” and while it may be on the creepy side, it could also be extremely helpful. I can only dream of the day that I can tap a button on my Android device so it will tell my coffee pot to start.

An example of how interesting and helpful Android @ Home could be is that you could create an alarm clock application that will slowly turn on the lights. You can also set up your calendar app to turn something off a specific time, ensuring that you don’t accidentally leave something on.

Google demoed a new product, called Project Tungsten, which is similar to Apple’s AirPlay. Tungsten will allow a user to control and play music remotely to speakers connected to the Android@Home network with ease. Google also demoed some NFC-enabled CD cases, which was truly amazing to see. When the CD case touched the Tungsten device, the entire CD was added to the network’s music library. Touching the CD again to the device immediately started playing the music.

While we’re not sure just how much Google is invested in Android@Home, but we imagine that if the equipment is affordable, the service stands a great chance of gaining traction. We still have a while to wait for Android@Home, as it won’t land until late 2011, and could even be delayed. Still, Android@Home is an interesting project for Google, and we’re excited to see our mobile devices become even more powerful tools than ever.

In case you missed it, Google just handed out free Galaxy Tab 10.1 Limited Edition Android Honeycomb tablets to all...