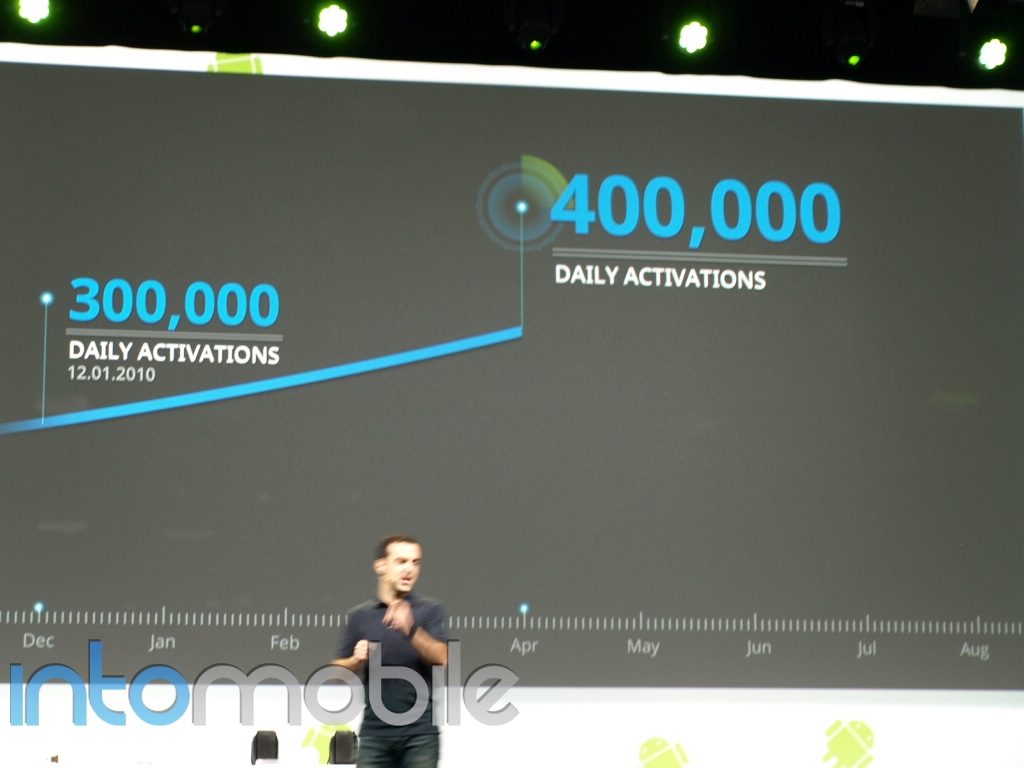 We’ve live at the Google I/O event in California this morning, and Google is dropping all kinds of Android news and figures. This morning we learned that there are now over 200,000 apps in the Android Market, which puts it just nicely along with the speculation that it might overtake Apple’s iTunes App Store by the time summer comes around this year. The search giant also says that it has seen over 4.5 billion apps installed, which is mighty impressive for the almost-three-year-old platform.

Additionally, Android is seeing over 400,000 activations per day, and that comes as no surprise as the variety of smartphones and tablets out there seem to be exponentially increasing by the week. And it really does seem like there is a new Android device being released every week. Off the top of my head I can think of the HTC Thunderbolt, the Incredible S II, the Sidekick 4G, the Infuse 4G and the Droid Charge — it never seems to end! Of course, this is great news for Google Android, but sometimes it can leave our heads spinning.

Be sure to stay tuned as we bring you more news from the I/O event today!

As suspected, Google will be announcing at their I/O conference this morning a streaming music service for desktop and mobile....