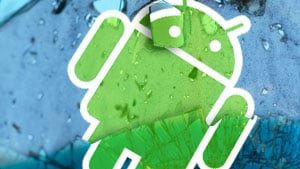 The first step to solving your problem is to admit that you actually have a problem. It took damn long enough, but Google is finally openly addressing its Android fragmentation issues, and it is forming a group that will create a set of new guidelines to help get rid of this problem.

The company is starting up a formal group to establish guidelines for both how quickly Android devices would get updated after new releases as well as a guaranteed timeframe during which they would get updates. Members of the program are initially promising to keep upgrading devices for at least 18 months after they’re released “if the hardware allows.”

That last bit is key – if the hardware allows. Different form factors, screen sizes, processors, user interfaces, cellular radios and more have contributed to Android’s fragmentation problem. Google may have to work a little more closely with manufacturers in order to build consistency where it can amongst Android devices.

Manufacturers partnering with Google are the usual suspects for Android: HTC, LG, Motorola, Samsung and Sony Ericsson as well as the major U.S. wireless providers. The idea is also to come up with update roadmaps, and to speed up the process of updating all devices. Many of us know the pains of waiting for a software update due to carrier testing or compatibility issues with custom user interfaces, so Google is working to solve that issue.

One of the big issues with fragmentation is application compatibility – there are still a number of handsets out there running versions 2.1 or less, and many apps are compatible only with Android 2.2 or higher. Google is looking to bring everyone up to speed and has even said that the next version, Ice Cream Sandwich, will not be hindered by hardware limitations – meaning almost everyone will be able to upgrade to it with their current handsets.

Here’s to getting rid of fragmentation once and for all!