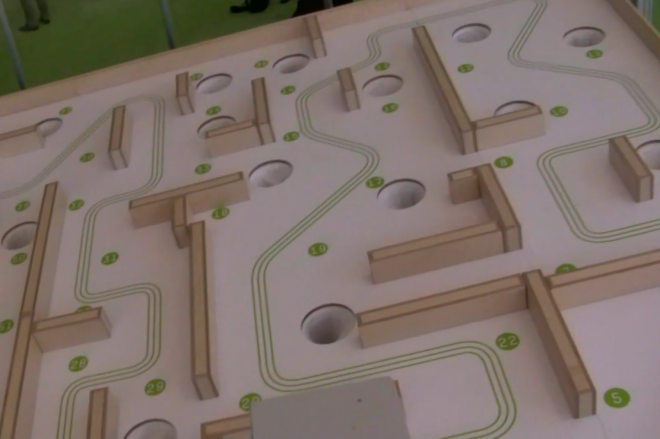 At today’s Google I/O keynote, Google announced an Android accessories plan which will open up the platform for hardware makers to create companions for the little green robot. The demonstration showed small a ball labyrinth that was hooked up to the ADK and some servers but there was also a 5,000-pound setup that was being controlled with a Xoom and you know I had to try it out.

As you can see from the video below, I’m not that good at that game but I did find that the responsiveness was quite nice. While this is just kind of an extreme example of what’s possible, this project has the potential to be a strong counterbalance to Apple and its rash of iPhone and iPod-related accessories.

Check out the video below and don’t make fun of me for not getting that far.

Google has just taken the wraps off of Android 3.1 Honeycomb, which is brings a few new features to tablets...