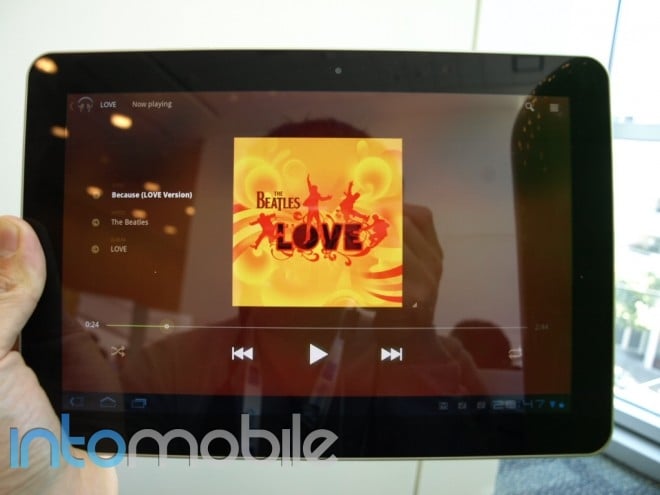 The Google Music service went live this morning at the Google I/O conference in San Francisco and it’s currently in a very private beta. You know how we roll though and we’ve been playing around with it for a few hours now. We’ll walk you through the setup so you know what to expect when it goes public.

Google Music is similar to the recently-launched Amazon Cloud Player in that you can upload your tracks to an online storage locker and have these streamed or download to your Android phone or tablet. The major difference is that Amazon will actually sell you tracks while it doesn’t appear like Google has secured those deals. You’ll be able to access your Google Music tracks from any computer and up to eight devices. 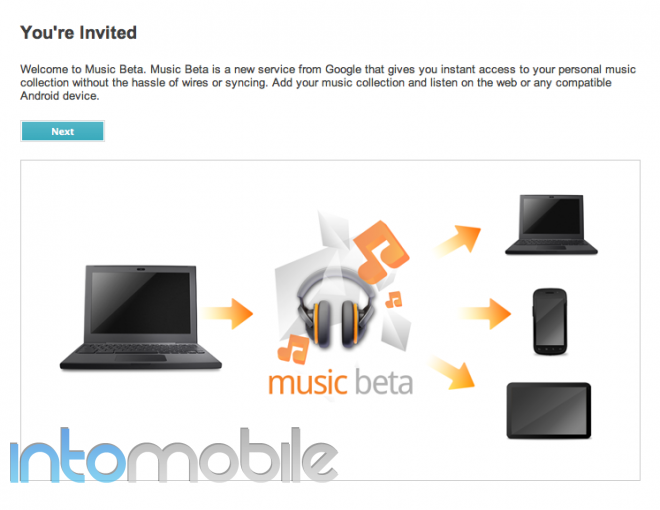 Once you’re invited, you’re sent to a screen where you can assign your Google account you want associated with this service. You can then download a program to upload all your tracks. It makes it very clear that this is supposed to be for legal music but it didn’t say if or how it is going to determine that. 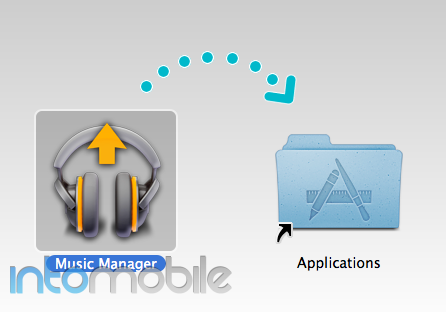 From there, it’s relatively simple to import your iTunes or Windows Media playlists and you can also just choose files individually. If you’re like me, you may not have much music on your laptop (mine’s on a home server) but Google Music will offer you access to a bunch of free tracks in various genres. You can upload up to 20,000 tracks but it may take a while to get all your tunes up there. I’m on a super-fast upload connection (more than 30 Mbps) but it’s taking a while – I’m sure the service is getting hammered right now, though. 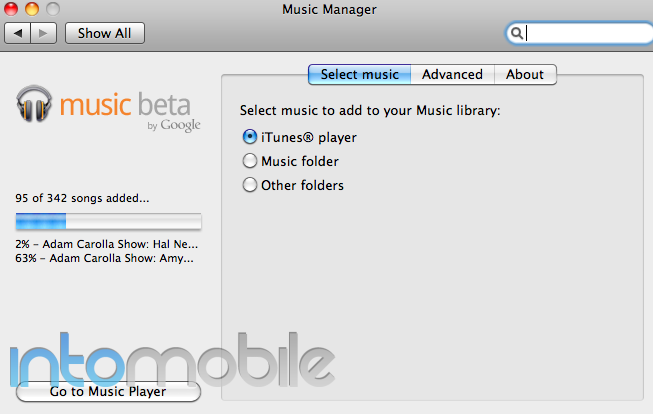 The web interface of Google Music is pretty clean and easy to use: You have your filters along the left side (songs, artists, playlists, etc.) and the albums are displayed as cover art icons. Clicking on a song will give you multiple options (add to playlist, delete, etc.) but the neat thing is that you can create instant mixes based on the songs. The Apple iPhone has a Genius Mix capability but this merely finds similarities in the artists and genre. Google says its service actually has machines listening to the songs to determine similar audio qualities. Neato.

Of course, the web interface will be nice for a lot of people but the real beauty of this should be with the apps for Android phones and tablets. The Android Music app version 3.0.338 is now in the market and it brings some user interface changes, as well as the ability to stream and download tracks. The streams can go up to 320 kbps depending on the quality of the file you uploaded and how your Internet connection is.

On our brand new Galaxy Tab 10.1 Honeycomb tablet, I was able to stream tracks quickly. If you want to download a track to your device, you have to activate a menu to “Pin” it to your device. You get the same carousel that debuted with Honeycomb and it rotates well in whichever mode you’re holding it.

It’s not all perfect though, as there are still some UI and work-flow quirks. For example, if you want to pin a song to your device, it appears that you can only do it from the artists tab. The menu within the individual song interface brings up other options like searching for more music from that artist but it’s not quite intuitive. Luckily, it gets a lot of things right and these quibbles are minor.

As for the phone side of things, not much has changed to the overall interface since we saw the leaked version a while ago. You still get that carousel when you’re viewing the recent adds in landscape mode, while the portrait mode is more of a list view. It’s simple to pin songs to the device for offline access and the streaming started immediately and sounded pretty darn good. 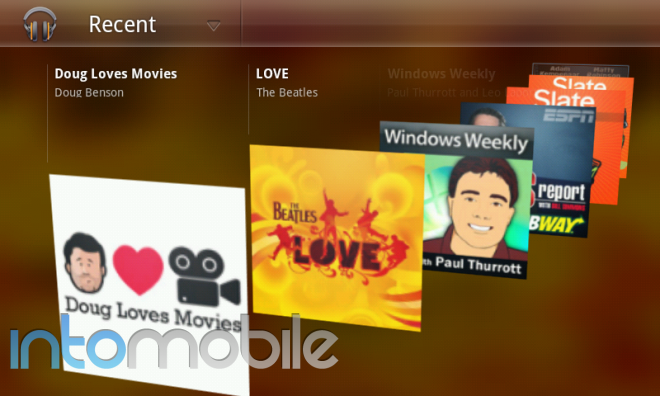 It’s too soon to tell how much this will impact battery life or your data caps but it’s quite a nice experience so far. I’ll keep playing with it over the next few weeks and give you a full review in the not-too-distant future.

The first step to solving your problem is to admit that you actually have a problem. It took damn long...