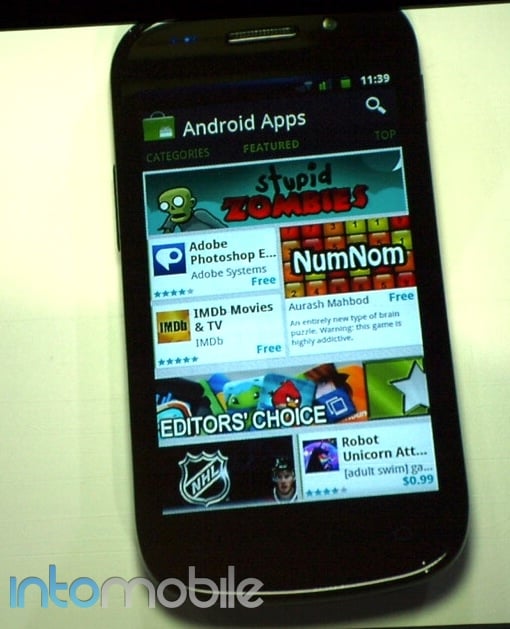 Google I/O is a developer conference so it’s no surprise to see the company beef up its tools and distribution mechanisms for those making apps. The Android Market has received a few new tools which could make it easier on developers.

The biggest change is that developers can now create apps up to 4 GB, up from the meager 50 MB limit that the Android Market used to have. This is important for gaming because many of the high-profil IOS games like Dead Space take up a lot of room and now these companies may consider the Android Market.

We all know that fragmentation is a nasty problem and Google is in the process of forming a group to give users updates quickly. That’s all well and good but developers need tools to deal with this now and starting in June, there will be a new multi-APK which will give developers all the appropriate APKs for the right device. All the user ratings will be delivered as a single products.

If you’re unsure how good that is, all you need to know if that this announcement was met with loud applause by an audience of developers. Additionally, when developers submit apps to the Android Market there will now be a list of all the compatible devices and app makers can even exclude certain handsets for whatever reason.

There are some more lists in Android Market, as there will be a tab to show off the “Trending” programs, “Top Grossing,” revamped “Top Free” and “Top Paid.” These lists will be regionlized for the countries around the world, so it’s personalized for that market. These lists are important because this is an important way for programs to get noticed. There’s also an “Editor’s Choice” tag which will be curated.

The interest in the Android Market may be increasing, as the company is now activating 400,000 units a day and the consumption of apps is also increasing at a rapid pace.

With the announcement of new Chrome netbooks today, Google also announced a new subscription plan for students for only $20...