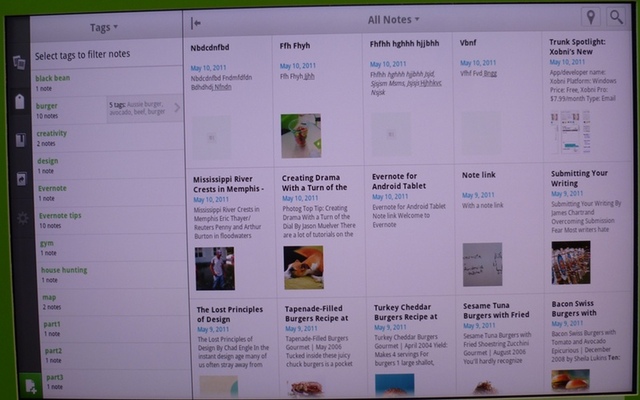 During the recent Google I/O conference, Evernote demoed its upcoming app for Honeycomb tablets. We don’t have all the details, but from what we’ve heard – it’s going to be an awesome app. As you can see from the image above, Evernote for Android Honeycomb tablets comes with a UI which is very similar to the updated web version of the service, taking advantage of the high resolution displays to show more data on a single screen. As a result, browsing and searching for notes is easier and faster.

But wait, there’s more. Probably the single most important feature of the upcoming application is the rich text editor. That’s right, you will be able to format text before syncing it with the Evernote cloud. And it’s not just the pure basics like bold, italic and underline – lists are also supported and so are images. Love it.

Unfortunately, the release date is unknown at the moment and we can only hope Evernote will hit the Android Market sooner rather than later. In the meantime, iPhone and Android smartphone users can grab Evernote for their beloved handset by clicking the link below…