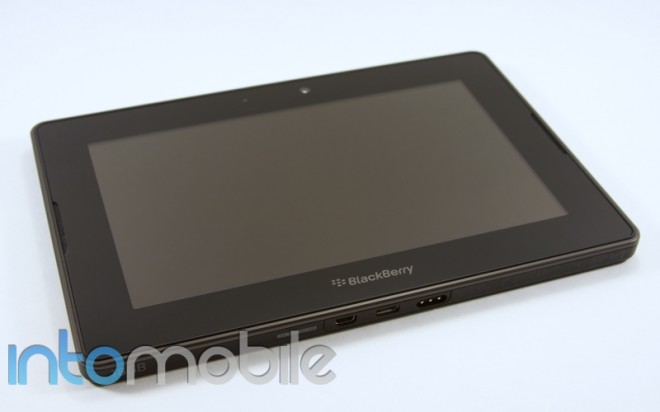 The BlackBerry PlayBook is off to a solid start, as analysts are estimating that Research In Motion’s first tablet sold about 250,000 units in the first month. While that’s nothing compared to the Apple iPad 2, it’s a more-than-respectable figure for the company first foray into the tablet space.

After doing some extensive retail checks, an analyst at RBC Capital Markets said the BlackBerry PlayBook has hit the quarter million mark in just about 30 days. He also estimated that the company could ship out 500,000 units by the end of the quarter.

The news comes as the first mix of reviews were decidedly mixed. From our official review of the BlackBerry PlayBook:

I’m sure the platform and device will mature through a series of software updates, but out of the gate the PlayBook feels premature. It’s disheartening to say that after RIM has had such a long pre-launch period, and it’s especially unfortunate for the folks who have held out for the PlayBook despite tempting Android and Apple alternatives hitting the market. Don’t get me wrong, the horsepower is clearly there, but the software isn’t taking advantage of it in a stable and consistent way just yet. I appreciate RIM’s placement of the PlayBook as a smartphone companion, rather than just a bigger data-only alternative to a smartphone (a position currently held by most of the competition), and I suspect it will become a viable pitch in time.

How many of you have a BlackBerry PlayBook? What do you think of the tablet now that you’ve had a few more time to digest its pros and cons?

Move over, Sensation 4G and Hercules, T-Mobile's 2011 roadmap has just leaked, and it's bringing a horde of new devices...