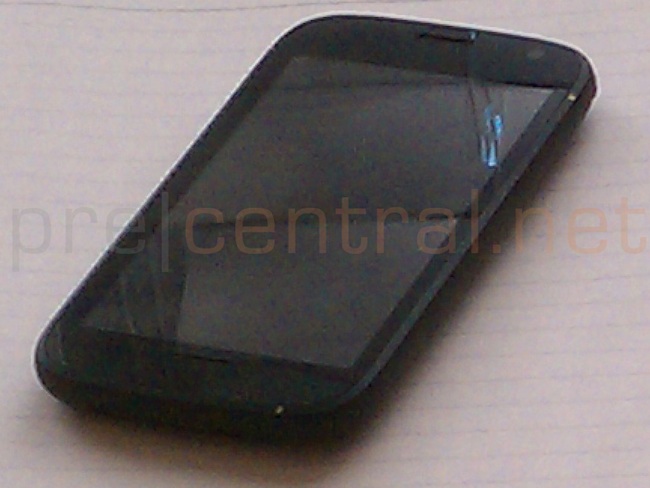 Fans of Palm’s webOS, all 14 of you, will be excited to hear news about two new devices that were discovered by a developer combing through his log files. One device is said to have a screen with a resolution of 1024 x 768 pixels, the same as the 10 inch TouchPad due to launch later this year, but what makes it special is that it also features a hardware keyboard. Said device could be something that looks similar to a netbook, and it’ll run a version of webOS that hasn’t yet received a version number, but which the log files refer to as “Nova Dartfish”. The second device (pictured above, maybe) is a little less exciting. It’s due to have a screen that has a resolution of 480 x 320 pixels, just like the Pre 2 that’s currently out on the market, but it doesn’t have a QWERTY keyboard, making it likely to be the first webOS smartphone to come in the traditional slab of glass form factor that Apple’s iPhone popularized 4 years ago; said device runs webOS 3.0.

Ever since HP picked up Palm back in April 2010 we’ve been waiting for them to release something, anything, that can return the once great brand back to its former glory. It hasn’t yet happened. The Veer 4G is too small, the Pre 2 has all the problems that the first Pre had, and while the word is still out on the Pre 3, our expectations aren’t exactly what you would call high. This shouldn’t come as a surprise to you guys since the HP acquisition made Matias Duarte, the guy who architectured webOS, leave to go work at Google. His title? “User Experience Director for Android”. Don’t forget Rich Dellinger too, who was a high level designer at Palm, and also credited with making the webOS notification system. He now works for Apple.

You win some, you lose some.

Wal-Mart will be one of the companies to carry HP's upcoming TouchPad. The information comes from PreCentral, which also managed...