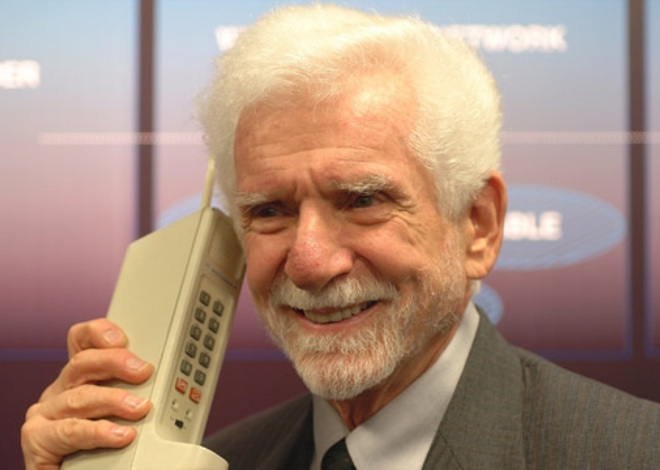 Martin Cooper is a name all of you should know. He’s the guy who in 1973 showed off the first mobile phone. Sure, it weighed 1.1 kilos, and hey, it had a talk time of barely 30 minutes, but that device paved the way for the world we live in today. So what device does the father of the cell phone use on a day to day basis? In an interview with IT World, he revealed that he upgrades his handset roughly every 2 months and that while he owns an HTC Thunderbolt right now, he used to also have a Motorola Droid X and before that an iPhone 4. His grandson gets all his hand-me-downs, which makes him just about the luckiest kid on the planet. When asked about the AT&T and T-Mobile merger, Martin said it would be a “big mistake” if the government approved the deal and that “the only real reason AT&T would want to own T-Mobile is to increase its exclusivity by owning more spectrum”.

Talking about spectrum, operators are blaming smartphones for taking down their networks and that the only way they’ll be able to handle the monstrous amounts of data traffic being generated is to get more spectrum, either from the government or through acquisitions. Martin doesn’t think that’s the right way of looking at the problem. He says: “For the last hundred years we have been increasing the efficiency at which we use spectrum. In fact, about every two-and-a-half years we’ve managed to double the amount of data that you can send over spectrum. And if you can keep squeezing more data through a given amount of spectrum you’ll never run out of it. What the government ought to be doing is encouraging companies to invest in and develop technologies that improve spectrum efficiency. If I were in charge of the FCC I would say to the carriers, “You don’t get any more spectrum, you’ll have to come up with better ways to use it.'”

Bold, but no one these days listens to grandpa and his common sense wisdom.

It was back in September 2009, when Pizza Hut launched its iPhone app which quickly won few awards and more...