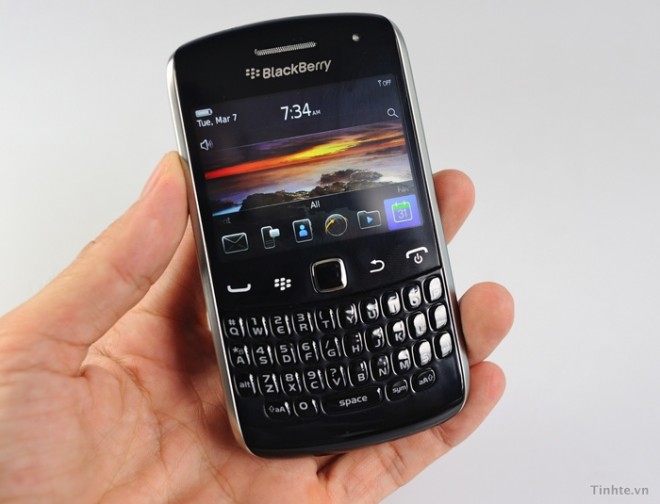 The BlackBerry Bold 9900 is on its way, and the Torch 2 looks like it’s coming along nicely, but we’re also expecting a new Curve from RIM. The Apollo/Sedona has recently posed in front of the camera for a couple of sharp still pictures and a video review showing off both hardware and software. Code-named Apollo, the new BlackBerry Curve still doesn’t have a proper model number other than R006, and the About screen lists it as running OS 6.1 (which has been renamed to 7 since this February build). Besides that, there are a couple of pre-production artifacts that show it’s still not quite ready for prime-time.

The hardware is more or less what we’ve seen before, and follows a lot of the style differences established by the new Bold: lock key on top, mute key sandwiched in the middle of the volume rocker, and a super-slim profile. Though the keyboard borrows a lot from the previous Curve generations with a separation between each letter, the shape of each key seems more rounded, and the source says typing is a bit stiffer than usual. The 3.5 mm headphone jack is right at the top, which is an interesting choice considering RIM usually puts it on the side. The source confirms that the Apollo has a 480 x 360 display (non-touch), 800 MHz Marvell Tavor processor, 512 MB of RAM, has a 5 megapixel camera (no 720p video recording, unfortunately), and packs a new, slim 1000 mAh battery. The usual stuff like Wi-Fi, GPS, and 3G will be included, but there was no sign of near-field communications, magnetic compass, or mobile hotspot functions which are big selling points on the Bold 9900.

The source of the leak says that the BlackBerry Curve Apollo will be landing in late August (Verizon is a likely candidate), after the Bold 9900 hits shelves. While it might not be the top-of-the-line smartphone die-hard smartphone fanatics are looking for, it will be a solid upgrade to RIM’s entry-level devices like the 9300, and more than enough for those with simple messaging needs. Stylistically, it does feel a little stale and looks identical to just about every other BlackBerry out there, but I would be hard-pressed to find a good reason to change things up now.

Some crisp shots and a video tour of the upcoming BlackBerry Torch 2 (9810) have surfaced, showing it's alive, well,...