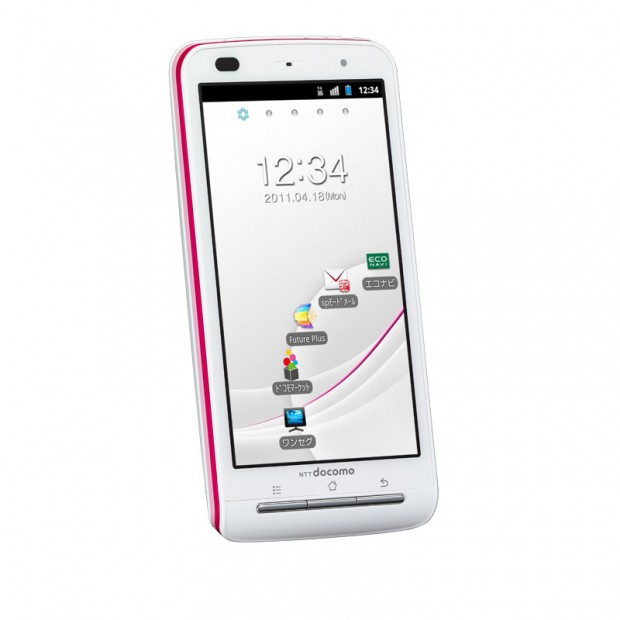 Panasonic will be making the leap to smartphones this summer with their first Android device, the P-07C. The device is headed to NTT DoCoMo in Japan, packs a respectable 4.3-inch touchscreen, and runs Android 2.3 Gingerbread. Panasonic has been talking about making this transition for over a year now, so it’s not entirely unexpected, but in a recent interview, their president Fumio Ohtsubo, admitted that the U.S. market is too competitive for them right now.

You probably know Panasonic best from their performance in the TV or camera world, but they’ve already tested the waters for smartphones thanks to their subsidiaries Sanyo and Kyocera, and are currently the number 2 feature phone vendor in Japan. In order to carve out a name for themselves, Panasonic is going to focus on making slim devices with good battery life – both good places to start. If Samsung and LG have proven anything, it’s that there’s plenty of opportunity for display manufacturers to cross over into the smartphone segment, but as we all know, there’s lots of competition, especially when it comes to Android phones.

Panasonic is currently saying that they won’t be approaching the North American market, despite earlier talk that they would be making an entry in the U.S. sometime in 2012. That’s probably okay, considering we’re flush with Android hardware for the time being, but the P-07C does some pretty cool stuff – just check out its resizeable touchscreen keyboard.

We've known for quite some time now that NVIDIA's Tegra 2 processor is the bee's knees. It has found its...