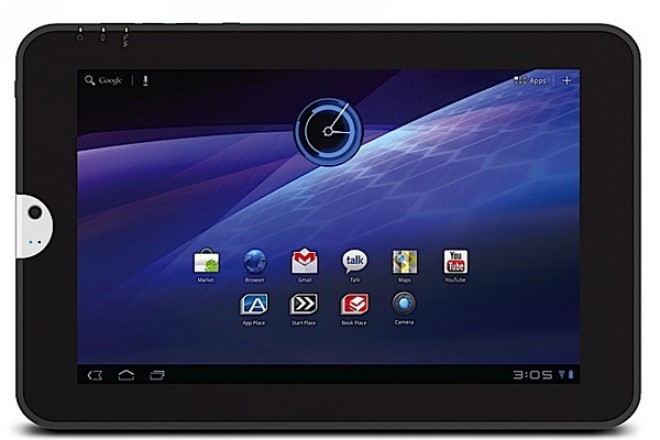 Toshiba has just taken the wraps off of its Android Honeycomb tablet, the Thrive. There will be three versions of the tablet when it debuts in July, starting at $429.

We first saw this tablet back at CES earlier this year and we walked away very impressed. Featuring pretty much any spec you’d expect for a 10.1 inch Honeycomb tablet, the Thrive is a powerful device that may be one of the cheapest Android 3.x tablet available.

One of the most unique features of the Thrive is that it has a replaceable backing so you can change the look and swap out the battery. You’ll be able to purchase these extra backings for $20, and they come in a handful of colors.Other than that, it’s your standard affair, which isn’t a bad thing. The Thrive will give you a 10.1 inch display (1280 x 800), 5 megapixel rear camera, 2 megapixel front-facing camera, full-sized USB and HDMI ports, SD card slot, and Android 3.1.

If you like the Toshiba’s offering but wish it was a little smaller, then you may want to keep your eyes peeled for Toshiba’s next tablet that will be out before year’s end. Details are scarce, but we could see a 7 inch or 8.9 inch version of the Thrive that packs a similar punch as its big brother.

Android tablet competition is heating up and as it stands today, Toshiba is in a great place to grab a good amount of users with the Thrive. With a great mix of features and pricing, the Thrive should do well. You can pre-order the tablet at Best Buy starting on June 13th, and is expected to ship in Early July. 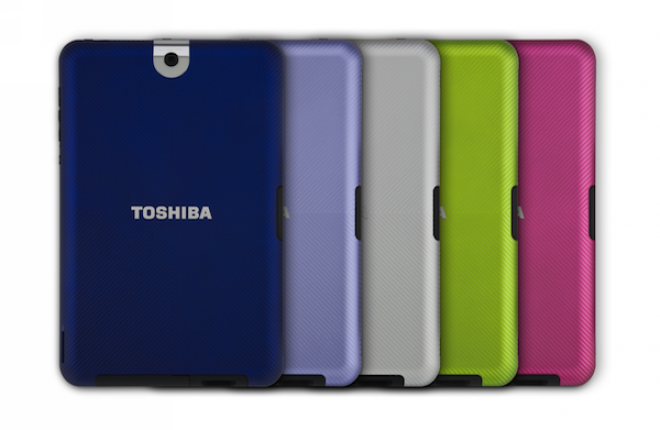 Panasonic Android devices not coming to U.S. any time soon

Panasonic will be making the leap to smartphones this summer with their first Android device, the P-07C. The device is...