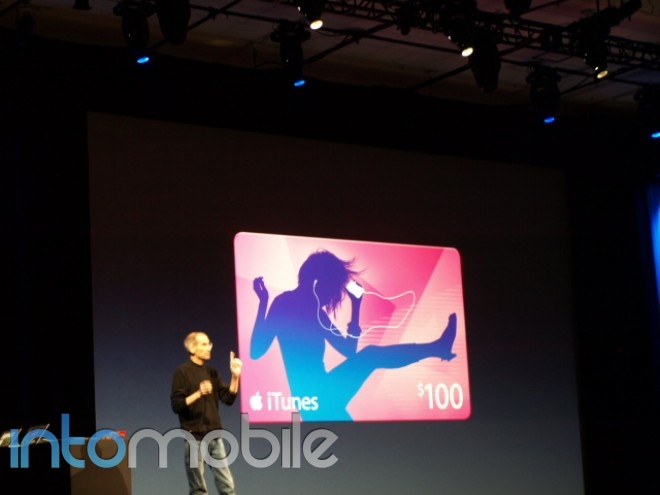 Apple’s keynote was both impressive and disappointing at the same time. Apple discovered the cloud and introduced its BBM clone, but we were still waiting for streaming iTunes. Well, that didn’t happen but we did get iTunes Match, which is Apple’s answer to Amazon’s and Google’s offerings.

The main difference between iTunes Match and its competitors is that you won’t have to physically upload your media library to he cloud like Google Music and Amazon Cloud Player. There are 18 million songs already uploaded to the cloud by Apple, and all the user has to do is scan their music library to match them up. Even pirated music will become official in 256Kbps AAC, DRM-free form. This is pretty awesome, and while Apple did say that it would take you weeks to upload your music library using Amazon’s or Google’s services, which is usually not the case, it does take a long time. iTunes Match takes away all the hassle and you’ll have all of your music matched in minutes.

The service will run you only $25 a year, which is more than affordable and best of all, there’s no storage limitation. Overall, iTunes Match is a solid product that should make most users happy. After you have your music library completely matched, you can easily sync any  iOS device and have your music available to you right then and there. iTunes Match compatibility is still a gray area, but hopefully it’ll “just work” will all devices.

We’re still scratching our heads as to why Apple didn’t pull the trigger on streaming iTunes. It would have made a lot of sense and left no room for a competitor’s service to best it. Google has yet to announce pricing for its music service yet, but while it remains in beta it will be free. Gmail was in beta for years, so we can only hope that it will stay the same for a long time. The search giant will likely undercut Apple’s iTunes Match, but by that time many people may not care. Then again, you can playback the music from your Android phone or any computer with an internet connection, which something Apple should have thought of.

Did Apple step on its devs with iOS 5.0? Does it matter?

Hopefully you were watching out live blog of the WWDC 2011 keynote where Steve Jobs unveiled new features of iOS...