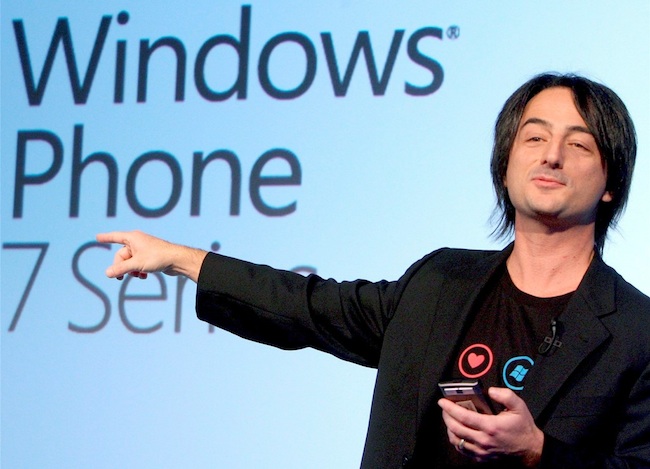 Earlier this week Apple took the veil off iOS 5 and went through 10 features out of over 200 that are due to arrive on the iPhone, iPad, and iPod touch this fall. Many mobile enthusiasts were quick to point out that much of what was shown off has been done on other platforms. Take iMessage for example, that’s essentially a clone of Research in Motion’s BlackBerry Messanger. And the new “Notification Center”? That’s lifted right out of Google’s Android operating system. We’ve got no doubt in our minds that the next time RIM and Google make an announcement they’ll call Apple out, but Microsoft isn’t going to bother to wait for their next event to start taking potshots. Joe Belfiore, Corporate Vice President, Windows Phone Program Management, sent out 2 tweets [1, 2] that go a little something like this:

Corporate rivalry aside, stealing ideas is something that companies, and people, have been doing since man first stood upright. Every mobile platform on the market tries their best to make sure that they have the same baseline features that their competitors offer. Fanbois might point and laugh, but regular people really don’t care. In fact, it would be an insult not to take the best ideas from here, sprinkle it with some inspiration from there, and then create something that’s better than how the original implementation of a feature worked.

If Apple “stealing” ideas from other platforms bothers you then … we don’t really know what to say to that. These advanced devices on the market today aren’t just being sold to fiercely loyal enthusiasts such as yourself, but to your Grandmother as well.

We know that the Windows Phone Mango update will be coming in the Fall and Microsoft will continue to drip...