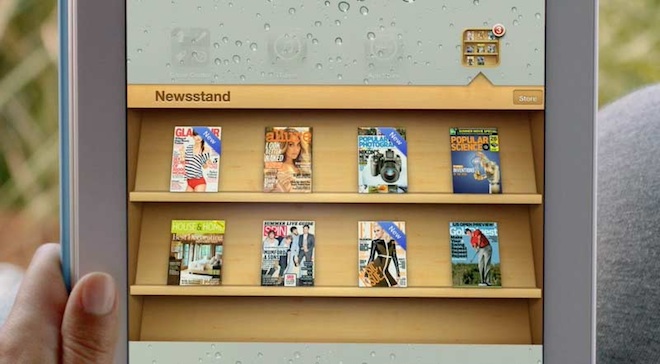 In 3 weeks Apple’s new guidelines for in app purchases are due to go into effect and section 11.13 of the infinitely long document of legal jargon has been causing a lot of scandals. It stated that publishers, and in this case they list creators of magazines, newspapers, books, audio, music, video, had to offer their content via in app purchases in the App Store. In other words, if you want to offer your customers a subscription to your magazine, Apple would have to take a 30% cut. Today this is no longer the case. Section 11.13 has been changed and now says publishers are free to sell their content outside the App Store, but under one condition: They can’t have a link that goes from their application to a website where they can conduct a transaction. Considering that The Financial Times created an iOS optimized website just so they can keep 100% of their revenues, you can bet other publishers had similar reservations about placing their content into Apple’s App Store ecosystem.

So why did Apple do this? Earlier this week iOS 5 was demoed and one of the most exciting features, at least we find it exciting since reading is one of our favorite activities, is the addition of Newsstand. Similar to iBooks being a dedicated location to get books, Newsstand will be the go to place to subscribe to periodicals on your iPad and iPhone. Publishers that still create physical products are having a hard enough time staying afloat as is, so they probably wanted to stay away from the App Store. With this new decision, this shouldn’t be an issue. In fact, this is what we wrote just yesterday:

Developers spend their working days writing an application that once done is published to the App Store and then starts generating revenue. Over time said developer can fix bugs, add a new feature or two, but they’re not writing a whole new app every month, like some magazines, or even every week, such as The Economist does. The 30% revenue share for apps and in app purchases, we understand, but magazines and newspapers need their own special offer, say 10%.