Android fans, I have some bad news: I finally crossed over to the dark side this weekend and got an iPhone 4 to be my main device. My two-year upgrade came up with Verizon from the original Motorola Droid and I decided that it was finally time to pull the trigger and become a part of iCrowd.

First of all, I know how dumb it is to buy an iPhone 4 right now. The iPhone 5 or iPhone 4S should be out in two or three months and locking myself in to a previous model is exactly what I advise people not to do. The thing is that I’m a mobile fanatic, in fact, you might say that I’m really into mobile, so I’ll likely just buy the next one outright and sell this model (thank god for write offs). Please do not follow my lead on that one. 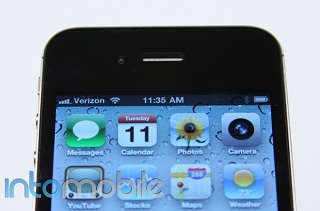 I purchased an iPhone 4 mainly because I felt like it was time. I have an iPod touch, iPad and a MacBook Air and felt like it was finally time to compete that cycle with the phone. The “free” update really was the impetus but what really put me over the top was iOS 5.

For all the talk of the elegance and beauty of iOS, I could never get over the childish notification system that iPhone users had to put up with. I use my mobile devices to get things done and I would go crazy if some dumb pop-up notification came up every few minutes to tell me I have a new Twitter mention or a Facebook notice. Sure, I can configure those but I still want to know these are happening without it interrupting what I’m doing.

I’ve loaded up the latest iOS 5 beta on my Verizon iPhone 4 and have been quite happy with how the notification system works: apps inform you of some activity in an unobtrusive way at the top of the screen and you can swipe down from the top to give you access to the notification tray. Yes, it’s almost exactly like Android and that’s a good thing for me. I also dig the ability to view widgets in that tray and hope Apple opens it up to third-party developers.

Another major reason I’m diving into the iPhone world is the apps, as I really want to spend more time with these to determine if the tropes you hear are true. Are iPhone apps better and more polished than Android apps? Yes and no. Take something like the Yelp app, as it offers the same features on Android but the iOS version does seem more polished and prettier to use. I don’t believe in style over substance but I can’t deny that I enjoy using the iOS version more than the Android version. 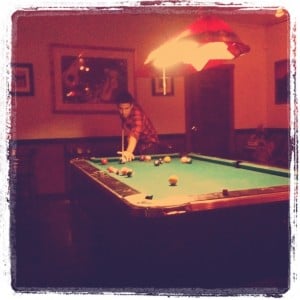 There are also the exclusive apps like Instagram, which is a joy to use and doesn’t have an Android version. While there are credible alternatives on the Android side and the Android Market has improved by leaps and bounds over the last few years, my conversations with developers still lead me to believe that if an exciting startup is going to create an app, they will go iPhone first and then Android. That’s a large change from when Android would be in the “considered” pile but I need to be on the cutting edge with apps folks and right now, that’s the iPhone and the App Store. Good thing Marc laid out a good list of iPhone apps to get me started.

The other side of that is that many iPhone apps seem beautiful but some of these can be shallow. For instance, I really miss how Android apps can easily and quickly tie in to other features of the phone like the camera. When Apple announced that the Twitter integration in iOS 5 would let you do things like tweet a photo, I thought, “Big deal. I’ve been doing that on Android for years.” I’ve also been able to send photos directly to Facebook and various other social networks directly from my Android camera and I really miss that feature.

I’m also a big Google services user and really miss the deep integration with these on the phone. Yes, Google Voice, Gmail and Google Calendar work on the iPhone but the experience isn’t close to how good it is on Android. Don’t even get me started on how far behind the iPhone version of Google Maps is … 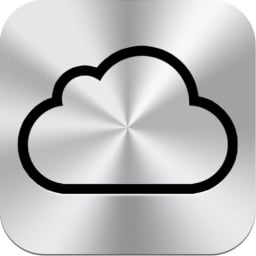 Apple iCloud is also a major reason why I’m switching over, as I do think that this will be one of the simplest ways for an individual to take advantage of the cloud. I use DropBox, Google Docs, Microsoft’s SkyDrive and many other cloud-storage options but none of these quite scratch my storage itch. I use technology to make my life simpler and I truly believe that iCloud could be a nice solution for personal cloud management. I’ll still need to use other products for collaboration but I’m cautiously optimistic that iCloud will handle my needs.

I also think the iPhone 4 is quite a beautiful piece of hardware, even if I miss the 4-inch screens (or larger) that many Android phones have. Interestingly enough, I’ve found that because iOS is optimized for this screen size, it feels just as good as having Android on a 4-inch screen. The next iPhone will likely have a larger screen and I’m sure I’ll be singing a different tune then, though.

This doesn’t mean that I’m going to become an iPhone fanboy (Hi Dave) and I won’t be bowing at the altar of Steve Jobs anytime soon, as I’m writing this on a Windows PC and literally have a dozen phones and tablets around me that run Android, Windows Phone 7 or BlackBerry OS. This does mean that the first phone that goes into my pocket from now on will be the iPhone 4 and I’m okay with that.

Last year, Apple launched a patent infringement lawsuit against HTC for violating some 20-odd bits of intellectual property. The International...