While it’s no secret that I now use an iPhone more than I did before, I still have a soft spot in my heart for Windows Phone 7. With the app marketplace booming, I thought I’d take some time to tell you the 10 Windows Phone 7 apps I can’t live without. I honestly can’t wait for Windows Phone Mango to hit though, as this will bring a new wave of tools that will create some more killer apps.

Note: All app links are for the Zune marketplace. 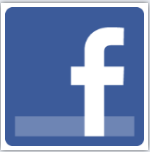 Yes, I’m well aware that it may not be cool to really like Facebook and that Windows Phone 7 has some built-in Facebook features but I love the Facebook app for Microsoft’s mobile platform. I find the design fits in perfectly with the aesthetics of the platform and it’s an easy way to keep up with my friends on the go. It continues to get features like push notifications and geo-tagging, so I routinely make the Facebook app one of the main tiles on my Windows Phone home page.

The mainstream social networking picks just keep on coming, as I also dig the official Twitter app for Windows Phone 7. It’s a good-looking app, lets me easily keep track of my tweets and @ mentions and it does exactly what I need to in order to deal with Twitter. Windows Phone Mango should have even deeper Twitter integration throughout the OS but I’m not convinced it will be enough to make me ditch a standalone app. 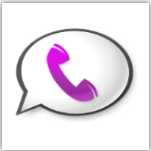 I live and die with Google Voice and since there’s no official app for Windows Phone 7 yet (come on Google, throw Microsoft fans a bone), I use GoVoice to keep connected with my Google Voice number. I only use the free version for now because I’m not fully ready to go all-in on Windows Phone 7 but it works just as you would expect. It’s not quite as robust as the Android integration but then again, nothing will be. It’s the best solution I’ve seen so far.

I don’t really play games anymore on my PlatStation 3 but I’m all about playing on my phone for a few minutes at a time. Yes, I know Angry Birds is available on Windows Phone but my favorite time killer is the game Krashlander. This fun little game is a physics-base sidescroller where you try and get your stick figure around slopes to destroy robots. Like Angry Birds, the premise sounds weird but the fun is real.

It’s summer blockbuster season so that means I’m at a movie theater nearly every weekend watching whatever piece of crap Hollywood has thrown out there. I saw Transformers 3 in 3D on opening night. I have a problem. Luckily, the Flixster app is a great enabler on Windows Phone 7 and it’s a good-looking way to find movie times around me, read reviews and purchase tickets. It doesn’t stop me from watching Thor (horrible, by the way) but I can’t blame it for my bad decisions. 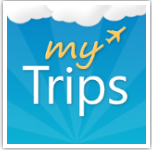 I’m heartbroken that there’s no Tripit app yet for Windows Phone 7 so I have to turn to the My Trips app to keep track of my jet-setting ways. This app integrates with the Tripit website, so it’s a breeze to keep these trips organized in a visually-pleasing way. The Twitter and Facebook integration is just the icing on the cake and it’s well worth the few bucks you have to spend on it until an official version comes from Tripit.

It’s summer time in San Francisco, so that means it can be bright and beautiful or rainy, cold and chilly depending on the hour. Good thing I have my Weather Channel app to let me know if I need to pack an umbrella or not. As an aside, I hate that I have to pack an umbrella during the summer months. The app does what you’d expect it to and the design really fits in with the visuals of Windows Phone. Not a sexy pick but definitely one that I use quite often.

If you could see my belly, you’d know that I’m a big fan of hitting new restaurants but I sincerely hate going to a new place without knowing anything about it. Luckily, the Yelp Windows Phone app arms me with knowledge of how good or bad a restaurant is. It wasn’t quite as full-featured as its Android and iPhone counterparts when it first came out but the company has done a good job improving the food-loving app. 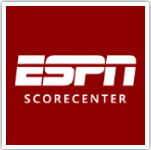 I love some sports and up until very recently, the ESPN mobile web page just wasn’t cutting it. The ESPN Scorecenter app is a great way to quickly check the score, news and more information on the teams you love. It’s easy to set up, works well and is free. I can’t ask for much more.

Now, if only the NBA season would start or even happen … 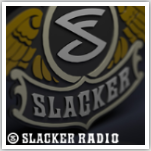 Those of you who follow me know that I had a crisis about which mobile music service is the best and I’m starting to believe that Slacker Radio is the king of the mountain. It’s my go-to music app nowadays and I don’t even bother to really load music on my devices anymore beyond an old album or two. You get your streaming custom station and offline caching and the subscription plans give you unlimited skips. Rock on.

If you've ever played Flight Control or Real Racing, then you're familiar with the work of mobile game developer Firemint....