The other device to launch last night in Toronto was the BlackBerry Torch 9850/60. Despite sharing a brand with the 9810, this all-touchscreen device was a decidedly fresh turn for RIM, at least from a form factor standpoint. Giant screens in the neighbourhood of 4 inches are a common sight among high-end smartphones now, but BlackBerry handsets have stuck by their tried-and-true QWERTY candybar shape for the last few years. The last time RIM took a stab at a touchscreen slate was the Torch2, which was nearly two years ago. This time, they’ve ditched the clicking touchscreen and gone with something a little more traditional.

The BlackBerry 9860 (9850 for you CDMA folks) is packing a nicely-sized 3.7-inch 800 x 480 display, and all of the fixings that we’re seeing in most of the next-gen RIM smartphones, like a 5 megapixel camera that can handle 720p video recording, a zippy 1.2 GHz processor with 768 MB of RAM, and a magnetometer for augmented reality apps, but unfortunately no near-field communications like the Bold 9900, and no mobile hotspot as previously expected. Still, the new operating system has a couple of tweaks, like a revamped graphics rendering engine which handles OpenGL for 3D objects, as well as smooth transitions and responsive web browsing. On top of that, there’s voice-activated universal search, so you can find anything on your phone just by talking at it, and a handful of smaller cosmetic changes.

As nice as the big screen is, I worry that developers are already plenty disinterested in writing apps for BlackBerry, and having to drastically change their app to accommodate the BlackBerry 9850/60’s resolution and weird 15:9 aspect ratio will be too much hassle for what it’s worth. That’s not even taking into account that RIM will be making a full switch to QNX eventually (though a Java emulator is expected to make old BlackBerry apps forward-compatible). The hardware itself is very nice, and the first thing that comes to mind when you pick it up is just how light it is. It’s also competitively slim at 11.5mm. This nicest thing about the 9850/60 is that it actually feels new. The Bold 9900 obviously draws upon the 9000 heritage (as good as it may be), and the 9810 didn’t even try to look different from the original Torch; meanwhile, the 9850/60 will finally fill the role of a decent, big-screen, media-centric smartphone in RIM’s lineup. The processor upgrade is going to be a huge help there, since I could easily see any current models choking on a 1080p video, and combined with the big, sharp display, I think the 9850/60 will be able to deliver a solid video-watching, web browsing, and e-reading experience.

NFC is still going to keep me leaning towards the 9900, but the 9850/60 is hard to ignore. We’re expecting all major North American carriers to offer this in some form or another before the end of the month, and if Rogers is any indication, the price should be around $199 on contract. What do you think guys, is this enough to at least keep RIM alive until dual-core QNX phones come out? 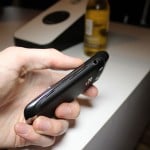 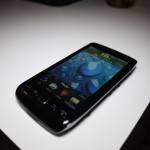 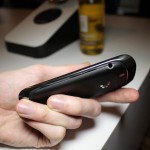 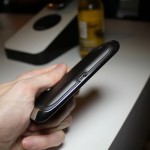 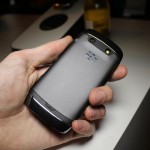 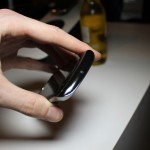 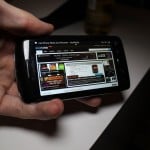 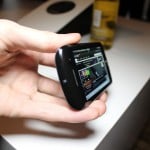 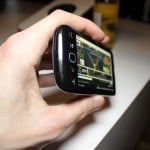 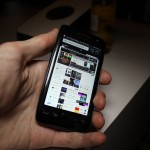 Video: Hands-on with the BlackBerry Torch 9810

The first thing that leaped into my mind when getting my hands on the BlackBerry Torch 9810 at RIM's BB7...