The first thing that leaped into my mind when getting my hands on the BlackBerry Torch 9810 at RIM’s BB7 Fan Night event in Toronto last night was, “Huh, this feels familiar.” I’ve been using its predecessor, the BlackBerry 9800, for almost a year, so all of the exterior hardware, from the slide mechanism, to the keyboard, to the convenience keys, were identical. Given all the hoopla surrounding RIM’s next generation devices, it was pretty deflating. Of course, after puttering around, it was obvious that the 9810 ran light years faster than my clunky old thing, even though the overall experience was largely unchanged. Universal search added voice support, which was nice, and augmented reality through Wikitude was neat-o, but hardly “revolutionary”. I was looking forward to a few key features based on early leaks, like NFC and mobile hotspot, but neither will be launching on the final device.

In terms of hard specs, the BlackBerry Torch 9810 does relatively well. The 3.2-inch 640 x 480 touchscreen is crisp and responsive, and the slide-out QWERTY keyboard is as comfortable as ever to use. I still find the dual rocker on the top too easy to accidentally activate, and wish they at least switched that to the one-button lock that the other OS 7 devices have adopted. The 1.2 GHz processor and 768 MB of RAM go a long way to improving the often-laggy experience on the current Torch. This is especially apparent in a side-by-side browsing test we did between the two devices; the speed difference was compounded by the 9810 tapping into 14.4 Mbps HSPA+, versus the standard 7.2 Mbps dished out on the 9800. All of the usual bits are in there too, like Wi-Fi, GPS, and Bluetooth connectivity.

All in all, the BlackBerry 9810 is shaping up to be yet another predictable, iterative update on an established brand, form factor, and experience. If a consistent, snappy performance has been the biggest thing lacking in BlackBerry for you, the new Torch slider might be worth a look, but if you’re looking for RIM to up-end their established standard and blow the world’s mind, you’d best wait until next year when they launch dual-core QNX smartphones for even a hope of seeing that.

Here’s a video of the Torch 9810 in action and a handful of still shots. If you’re hankering to pick one up, it will be available across the major North American GSM carriers, like AT&T, Rogers, Bell, and Telus. Anyone interested? 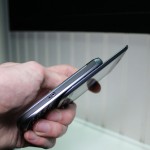 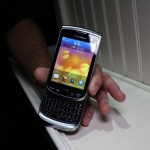 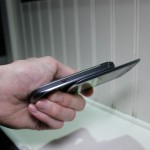 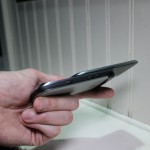 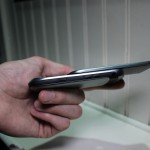 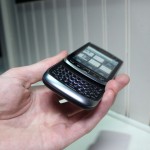 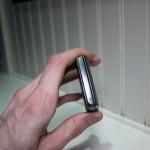 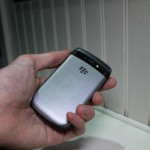 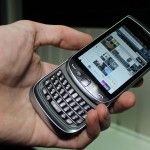 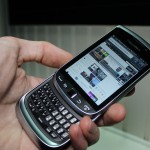 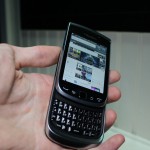