The T-Mobile Hercules has been floating around since May but has mostly remained a mystery as to what it would truly be. Initially, it was believed that T-Mobile would be receiving it’s very own version of AT&T’s Samsung Infuse 4G, but it looks like the demigod of a phone is actually the real-deal god of Android phones: the Galaxy S 2.

Even with the great hardware on the way from HTC, Motorola, and LG, we’re still very partial to the Galaxy S 2, as it’s one of the most powerful and sexy Android phones we’ve ever laid eyes on. It’s a bit surprising to see the handset’s screen get the bump up to 4.5 inches, as some people may be turned off by the size, no matter how thin it may be. Other than that, we should expect everything we loved about the original Galaxy S 2, along with some T-Mobile tweaks along the way.

Expected to be one of the first handsets to support T-Mobile’s 42 Mbps HSPA+ network, the Hercules will definitely be the go-to device for the data fiends on T-Mobile’s network. The picture above is just about all the confirmation one needs to see that this will be the T-Mobile Galaxy S 2, and we can only hope to see it land around the initial release date of September 26th, if not sooner. 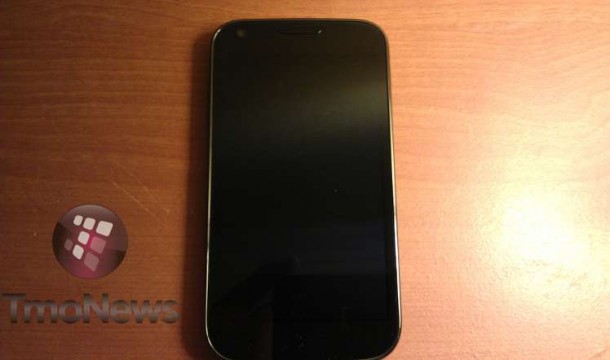 As excited as I am to have the Galaxy S 2 comes to the US on all major carriers, I think I will hold off on my purchase for a couple of reasons. Number one being that I’m financing my G2X on T-Mobile every month. Number two, and the main reason, is the introduction of the next Nexus phone. Those dead-set on the Galaxy S 2 should be satisfied with their purchase either way, but for those who crave the best of the best will hold off to see what the next ‘Pure Google” Android phone will bring.

Either way, the Galaxy S 2 will likely be the most popular Android phone this year, especially if it will indeed land on 7 carriers in the country.

The DROID Bionic will be coming this September, and Verizon already has the teaser page up. While we know what...